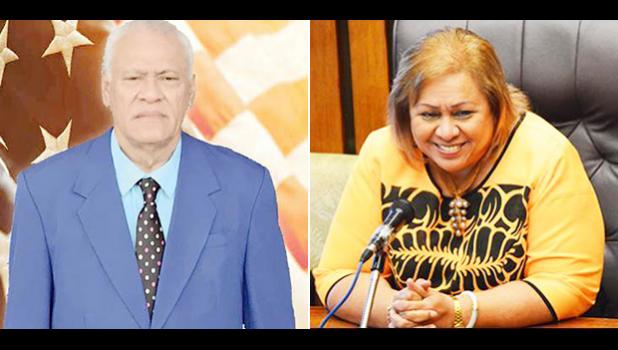 In her announcement advertisement in Monday’s Samoa News, Crichton said, “I am here to offer a different approach, a different kind of leadership to represent you in the Nation’s capitol.” She also makes a special appeal to younger voters, specifically mentioning Millennials and GenZs, promising to hand to the next generation, “an American Samoa that is stronger, fairer, and more prosperous and sustainable.”

She says the COVID-19 pandemic has caused many changes in the territory and with this and other challenges new and different approaches are needed, describing this as going beyond “waiting” to “moving”.

“The best representative for the people is one who has lived and worked beside you day in and day out, knowing what works and what hasn’t worked in government, the critical thinkers most in touch with community needs” and most prepared to advocate for American Samoans everyday needs, she said.

Among Crichton’s qualifications she mentions 20 years of service to ASG and 20 years working as a congressional staff member with the U.S. Congress.

It has not been announced when she will resign her position as ASG Chief Procurement Officer.

In his announcement advertisement, also in the Monday, July 13, 2020 Samoa News, Seau said, “My heart is to serve my people with Faith, Honestly, and Integrity.”

He gives a detailed list of his military and civilian employment and military history including holding an Aunuu Seau matai title for 33 years. He served in Operation Iraqi Freedom from 2005-2006 before he retired from the military with numerous awards and decorations including the Meritorious Service Medal, the Army Commendation Medal and the Expert Infantry and Airborne Badges. During his military service a majority of his assignments were in finance. He served 30 years.

According to his bio, Seau graduated with a B.A. in Political Science from the University of Hawaii, Manoa with an M.S. in Criminal Justice from Troy State University.  He is also a 1969 graduate of Samoana High School.

The native of Aunuu now resides in Iliili where he attends Body of Christ Iliili AOG and is an ordained preacher under the leadership of Pastor Adullum J. Esera.

Seau is one of the many American Samoans in Hawaii unable to return to the territory since the COVID-19 Emergency Declaration. “I want people to know who I am and what I can do as their delegate to Congress. I never thought or planned to be stuck and away from my territory for this amount of time,” he said.

The three announced candidates — Crichton and Seau along with incumbent Congresswoman Aumua Amata Radewagen, who made her official announcement in June — have each obtained nominating petitions for the delegate’s seat.

Candidates have until September 1 to file their petitions with the required number of signatures and pay the filing fee, which is $500.