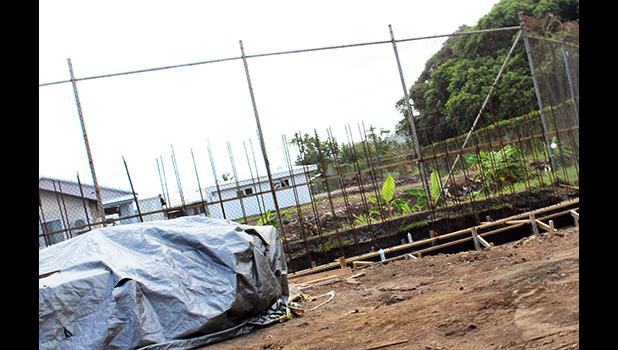 Pago Pago, AMERICAN SAMOA —  This morning, an estimated 160 inmates and detainees at the Territorial Correctional Facility (TCF) in Tafuna are planning to take their complaints about what they describe as ‘horrific’ prison conditions to the Fono.

“There are so many things going on at the TCF that are not known to the public,” said an inmate, who contacted Samoa News last Friday morning. For instance, he said, the recently constructed cafeteria is of no use, “because none of the inmates eat there.”

According to the Samoa News source, when the cafeteria was officially opened late last year, it was only used for two days. Since then, it is only used to prepare and cook food, as well as house supplies. “Not one inmate eats in there, not even the guards,” said the source, who explained that there are set times for prisoners to eat and when they don’t show up, the food is delivered to them.

“Sometimes the prisoners walk around, to wait for the food to be served. But instead of us eating in the mess hall, the meals are hand carried to the different units by whoever has kitchen duties that day,” he said.

According to him, there was a wheelbarrow that was used to deliver the food but it broke, and numerous requests for a replacement fell on deaf ears. “Nothing was done so we had no choice but to ask Mrs. Faleosina Faiai Voigt (Public Works director) for help,” he said. “Faleosina is part of a ministry that pays frequent visits to the TCF, and when we asked her for a wheelbarrow, she generously donated one out of pocket,” the inmate said, adding that they got heat from TCF officials for it. “We went through all the proper channels and nothing was done so we had no choice. We are just thankful for Faleosina’s generosity.”

When asked about the facility conditions at TCF, the inmate scoffed and explained that for breakfast, they get one case of saimin (24 packages) “and on a good day, we’ll get two cases (48 packets) to feed 198 inmates.” The lunch menu varies, he said. Sometimes we’ll get 5 cases of chicken; some days we’ll get two cases of mackarel (pilikaki), and sometimes turkey tails.

And while this may sound ‘decent’, consider having to stretch it out to feed close to 200 people, he said. For dinner, “it’s back to saimin or just tea.”

“This is why so many inmates escape and leave the TCF. They don’t leave to break free, they just want to go somewhere and get a decent meal,” he added.

(Samoa News notes that several inmates — charged with escape — who have appeared in court before Chief Justice Michael Kruse have told similar stories, about the lack of food and supplies at the local prison).

The source told Samoa News that just two weeks ago, yet another inmate walked out of the TCF, but returned later.

Speaking about the living conditions, the inmate said, “The water is dirty, and there are no toiletries. For over a year now, we’ve been having to use buckets to flush the toilet. The plumbing system is horrible.” He referred to the newest of the TCF buildings and said while the structure may look new, the plumbing there is terrible, worse than the old buildings.

“So now we have contractors outside digging up the perimeter to build a prison wall,” he said. (On Friday, Samoa News saw workers from Nana’s Company and Paramount Builders, as well as Public Works representatives at the TCF, as work commenced on erecting a perimeter wall).

“A wall is not the solution. There are much more important issues that need to be addressed first,” the inmate said. “I understand that a lot of prisoners have been escaping and leaving the compound. But building a wall is not the answer. Those who run the TCF are simply not doing their jobs, not enforcing the rules.”

According to him, the prison guards are poorly trained and they are not willing to risk their lives for their job. He said prisoners who are caught escaping are not placed in solitary confinement, and no disciplinary action is ever taken against them. “As a matter of fact, these same escapees are given keys to open cells for other inmates.”

“The TCF security is a joke. These guys don’t escape. It’s the officers who are allowing them to go,” he continued. “We are not trying to tell them how to do their jobs. We just want to voice our concerns about the facilities.”

He said there are no personal hygiene products or toilet paper (which are standard issue in prison facilities off island), and there are no mattresses and pillows, everyone sleeps on the floor. He said nine inmates are held in one cell and they are packed tightly in there “like a can of sardines”.

He said he is thankful for local church groups and the families of some inmates who graciously drop off food when they call them for help. According to him, while prisoners and detainees are at TCF for a reason, that doesn’t mean they should endure such inhumane conditions, as it is a clear violation of their human rights.

(Last year, Governor Lolo Matalasi Moliga paid a surprise visit to the TCF following reports that the TCF maximum security unit, a bathroom, and cafeteria buildings were closed down permanently by officials from the Dept. of Health due to health concerns. That’s when the decision to build a new cafeteria was made).

In addition to the lack of food and supplies, the inmate claims that dozens of prisoners are eligible for parole consideration — some for as long as two years — and yet, there have been no parole hearings because they were told that the board members are unavailable.

“We need to fix the facility and get things in order before we even think about building a wall,” he said, adding that the representatives of each prison unit have met and agreed that they’ve had enough, and they need to get their story out. And today is the day they plan to make it happen.