Taro exports to US in offering for American Samoa 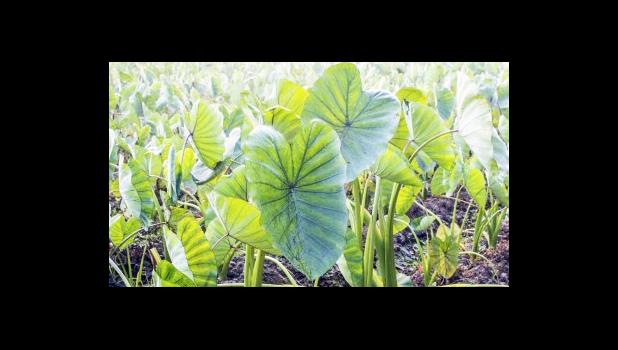 American Samoa's agriculture authorities are optimistic the territory can begin exporting agricultural goods to the US by next year.

The Director of Agriculture Filifaatali Mike Fuiava has been at a meeting of the Western US Agricultural Trade Association which offered to help American Samoa send produce like taro to the US.

Filifaatali said the plan was to start on a taro planting campaign in January.

He estimated the taro should be ready for harvesting by July next year.

The director hoped to present the department's plans to farmers and lay the ground work in the coming months.

Cocoa plantations were started in 2012 with similar export plans in mind.

Filifaatali said he did not know what has happened to that project.

The US Department of Agriculture gave the local department $200,000 for cocoa planting and more than 2,000 cocoa plants were distributed to farmers island-wide.

Then Director of Agriculture, Lealao Mell Purcell, revealed plans to export cocoa to chocolate making companies in the US like Hershey.