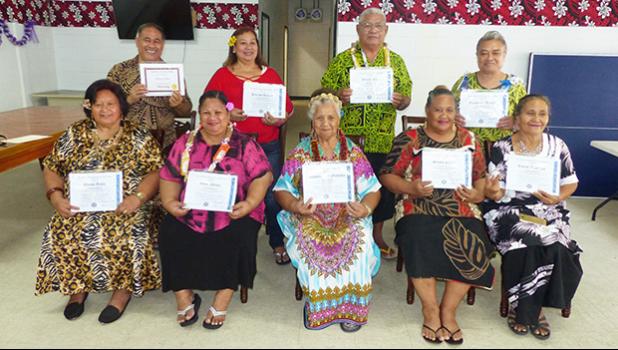 Presentation of certification for the training - which began in January and ended this week - was during a ceremony Thursday at the TAOA facility in Pago Pago.

The computer course called, “Get REAL - Revitalizing Education for Adult Learners”, was funded with a grant federal grant, administered by the ASG Commerce Department. The grant was used to purchase 10 computers for the students and one computer used by instructors of the course.