Pair of Administration bills are signed into law 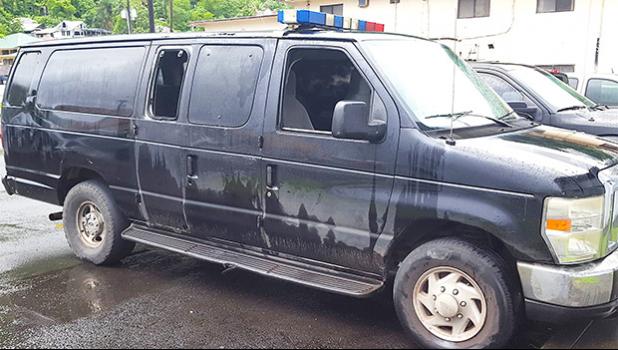 One approves the purchase of a TCF van, the other allows High Court justices to preside in District Court
By
Fili Sagapolutele
fili@samoanews.com

One bill appropriates $54,000 to fund the purchase of a 2018 Ford Transit 15-passenger van for the Department of Public Safety, to transport inmates and prisoners.

“DPS’ previous van is no longer operable and this is causing issues with scheduled appearances at the court. This act solves this problem,” wrote Talauega to Fono leaders in signing the bill into law.

During a Senate committee hearing in late March - dealing with a different legislation - ASG officials said there was about $60,000 in the Traffic Rehabilitation Account - based on the numbers from Treasury.

“Due to the urgent need to transport inmates safely,” this legislation become effective immediately upon passage by the Fono and approval of the governor, according to language of the bill.

The second piece signed into law, is an Administration bill which allows justices of the High Court to preside in the District Court of American Samoa.

The legislation, which creates a new section under local law, allows the Chief Justice, “in the interest of justice” to designate and assign temporarily any High Court justice to preside in District Court.

During the period of designation and assignment, the Justice “may perform” any duty, assigned by the Chief Justice, and within the duties of the district court judge of the District Court, according to provision of the bill.

Furthermore, a Justice given temporary designation to preside in the District Court shall have all the power of a district court judge afforded by law.

The bill shall become effective 60-days after the end of the session in which it is passed, according to language of the Senate version of the bill, which received final Fono approval on Apr. 12th - the last day of the First Regular Session.