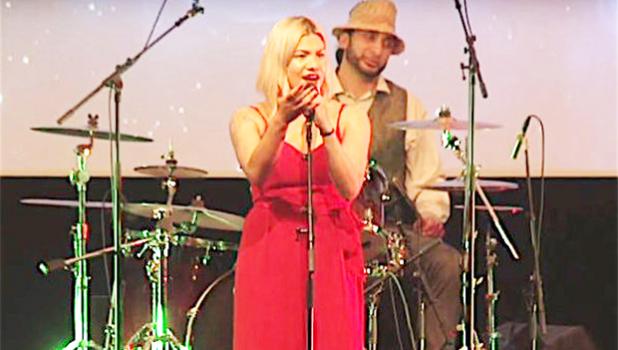 Member of Parliament, Olo Fiti Vaai, has called on the government to end commercial sex work in Samoa.

He has also strongly criticized plans by the Ministry of Health to offer educational and counseling services to “commercial sex workers” as part of a bid to promote healthy living.

“Samoa is a Christian state and the sexual activity procuring money should not be allowed in our country,” said Olo.

“What hypocrites. Samoa was recently declared a Christian country and yet they are offering services to prostitutes. Is this a joke?”

Last month, the Ministry of Health said it wanted to educate and counsel “commercial sex workers.”

According to Olo, the government needs to find sex workers and offer them employment opportunities.

“The Ministry of Health are encouraging them by providing counseling and education for them to have protected sex using the condoms they are distributing publicly.

“But what about giving them a solid solution and making sure these girls refrain from doing this permanently, by giving them jobs?

According to a recent report an estimated 400 sex workers are in Samoa. What is the government doing about it? Nothing. And they are just offering them sex education and condoms?

“Why are these women in this position? The reason is very clear, it’s due to economic reasons. These girls are forced into this lifestyle.”

He believes the blame falls squarely on the shoulders of the government.

Olo also pointed out the amendments that need to be made in the law to reflect that Samoa is a Christian State.

“The government should also revise the local laws that coincide with the reality of Samoa being a Christian State, in terms of law enforcement against the Sodom and Gomorrah lifestyle found in our country,” said Olo.

He told the Samoa Observer, the Attorney General and the Ministry of Police should not sit idle on this issue.

“The A.G. is the one who supported Samoa becoming a Christian State, he should also look at the local law banning prostitution activity in Samoa.

“We hear it here and there, it does exist, what is the government doing about it… nothing.

“The Ministry of Police should be concerned about this and investigate them, after all this is the government report in which they should take serious and do their mandates in accordance to the law and investigate and look for where the prostitution activities are located and raid those places.”

According to the Pacific Multi-country Mapping and Behavioral Study 2016, most women are doing sex work for economic reasons. The age during which some of them begin sex work range from 13 to 21 years old.

The report was rubbished by Prime Minister Tuilaepa Sa’ilele Malielegaoi who laughed at claims that poverty and hardship are to blame for the growing number of sex workers in Samoa.

BRONZE MEDAL FOR SAMOA FROM ASHGABAT

The Samoa Weightlifting team wraps up the Asia Indoor Games 2017 securing the only medal for Samoa with a bronze medal from Iuniarra Sipaia in the women's 90+kg.

This was confirmed by the President of the Samoa Weightlifting team Tuaopepe Jerry Wallwork via email to the Samoa Observer.

An international campaign is underway to try and save Samoa's national bird, the manumea, from extinction.

There are estimated to be just a few hundred of the birds left.

Called the Little Dodo because it is a close relative of the long extinct Dodo, the manumea is described as a unique tooth-billed pigeon.

Our correspondent said few Samoans have seen the manumea, apart from its depiction on the country's twenty tala note and 50 sene coin.

Now the Samoa Conservation Society has teamed up with Auckland Zoo and Samoa's Ministry of Natural Resources and Environment to try and save the bird.

It is getting help from the Darwin Initiative in the UK through the Australian National University and from the NZ Government's Pacific Development and Conservation Trust along with some help from Pelgar International.

Other partners, including Flinch Marketing in New Zealand, are developing a National Manumea Protection Campaign to reduce the impact of hunting on native birds and to protect their forest habitat.

The awards were conceived by the late Tama Huata, Ngati Kahungunu‘s exponent of waiata and kapa haka as a way to revitalize and celebrate the songs of Māori artists. Huata’s kaupapa was acknowledged throughout the awards night in Heretaunga, though his daughter, Ellison is now at the helm of the annual event.

She confirms that “the awards are gonna continue for many, many more [years]” and is positive about the health of Māori music. “It’s really great! New talent, new styles coming through.”

With a younger generation of artists like Rei, Teeks and Alien Weaponry impressing the judges and audiences alike, many manuhiri (visitors) on the night reaffirmed Ellison’s comments and aspirations to bring waiata Māori to bigger, mainstream audiences.

“It’s cool we’ve got a night that recognizes all the hard work that a lot of our people put in" says Best Urban/Roots nominee Israel Starr. "Not just the artists, but the people behind the scenes as well. Ten years now just proves how strong Māori music is and hope we go another ten years."

Haka metal trio Alien Weaponry who closed the awards with a blistering performance of 'Rua Te Whenua' embodied one of the identity-searching questions that have arisen in the community, namely: what is waiata Māori, and should the awards make a distinction between Māori artists who sing and write waiata Māori and those whose material is in English?

“It’s a tough question,” says Troy Kingi who took home his first ever awards for Best Pop Artist and Best Male Solo Artist. He admits he hasn’t got to the stage of singing in te reo yet. But that “it’s about having that spirit or wairua in your music. Even though Māori artists aren’t singing in te reo you can still feel that Māoritanga in there.”

Noel Woods reckons that waiata sung in the reo isn’t an obstacle to wider success, citing the global popularity of Spanish language hit ‘Despacito’. “It just goes to show it doesn’t matter what language we can hit that number one spot.”

“A lot of the time we are using the same old... sound that English music uses. Can we say that because something sounds like a black choir from America... that [its] Maori music even though it’s in the language?”

Maaka Fiso, who was up for a Best Pop Album, has a message for anyone thinking about making waiata Māori.

“If you think you’ve got it, man you just need to share that with someone. We don’t like to toot our own trumpet to make a fuss about ourselves but if you’ve got something to share with the world you need to share it.”