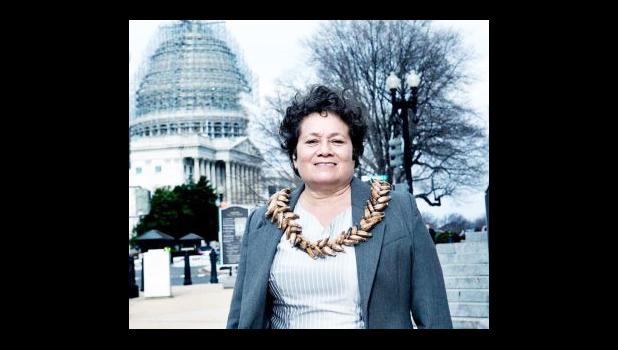 Washington, D.C. — A prompt bipartisan vote in the U.S. Senate, only hours after the House vote Thursday, fully funds the U.S. government through February 18, 2022, sending the bill to President Biden to be signed into law in time to prevent a shutdown. Without action, a shutdown would have started over the weekend and could have led to reduced nonessential services.

In a press release issued by her office Congresswoman Uifa’atali Amata said the bill (H.R. 6119) includes Medicaid support for American Samoa at current levels. Congress plans to use the additional ten weeks to complete yearly appropriations, which includes legislation underway that would extend American Samoa’s Medicaid for multiple years, she said.

Specifically, the bill extends American Samoa’s current Federal Medical Assistance Percentage (FMAP) for more than ten weeks while Congress proceeds with a long-term renewal. Among the bills that will be discussed in December, the House-passed Build Back Better (BBB) Act would extend the FMAP for American Samoa for ten years, and raise the cap to up to $90 million yearly, although modifications by the U.S. Senate are possible before the adjusted bill could be sent back to the House. This is the same bill that in its current form includes a ten-year investment in American Samoa’s hospital infrastructure of over $100 million.

“This was not the time for a government shutdown or a Medicaid gap, so I’m pleased that our funding is now secure,” Amata said. “I look forward to seeing several priorities potentially completed in this additional time frame, including our long term Medicaid advancements, the possibility of important initial hospital infrastructure funds, and other improvements for American Samoa in these key appropriations bills.”