With Samoa allowing flights into the country for citizens stranded in N.Z and easing stay at home rules, I think America Samoa should ...
Do the same
37%
Only ease stay at home rules
12%
Keep things the way they are
51%
Total votes: 133
Home

Major changes at DPS — at the top of the organization chart 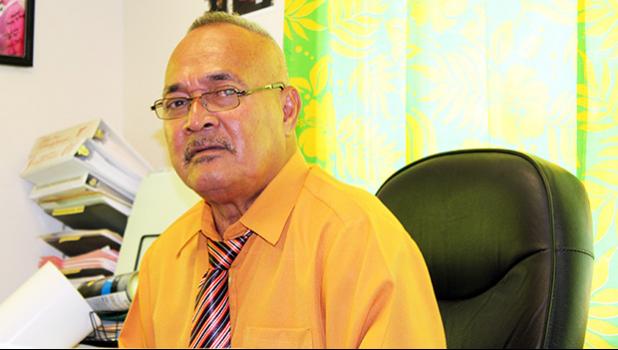 By
Joyetter Feagaimaali’i-Luamanu
joyetter@samoanews.com
…to provide better service and protection for the general public,” says commish

The Department of Public Safety now has two deputy commissioners and an advisor to the Commissioner, according to a memo, (obtained by Samoa News) dated Tuesday, February 7, 2017, in which DPS Commissioner Le’i Sonny Thompson has reassigned certain personnel, and the changes go into effect immediately. The memo is addressed to all DPS personnel.

Le’I’s memo’s is backed by a memo issued by Gov. Lolo Matalasi Moliga on the same day, where the governor indicates “approval of Commissioner’s personnel order.” Lolo says the administration “holds the safety of the people very seriously and the Commissioner is given the mandate to treat the lives of the people as being sacrosanct and everything must be done to protect them.” The governor’s memo is also addressed to all DPS personnel.

The governor points out in his memo that the DPS organization chart is being revised and would be reviewed and acted upon later. “This, however, serves to promulgate my approval of the proposed personnel changes within the Department of Public Safety.”

He says, “Accountability and collaboration reflect the operating mantra of the American Samoa Government for the next four years, and it behooves all of you, therefore, to work together in order to assure the accomplishment of our vision for the safety of our people, and our community.”

Le’i in his memo explains the new organizational chart for the department.

“Our mission to protect and to serve the people of American Samoa means very little if any value at all if we do not work together as one organization. As such we have a new DPS organizational chart,” he says.

Responding to Samoa News questions regarding the DPS changes, the newly appointed Police Commissioner says, “Changes over time have affected our way of life, and presented us with ever challenging issues both economically and socially; and civil unrest is created on our island by our people, who have learned and experienced … outside of our safety zones — ‘Our Family, Village and Community’.

“We have experienced a great deal of domestic civil unrest that threatens the way we live, our customs and culture. The influx of drugs; social instability in families, schools and villages destroy peace and tranquility in our society. And when good order and discipline is threatened and the lives and safety of our people are at stake; the security of our elected officials and those in leadership positions is compromised, then DPS must and shall be prepared to defend, protect and serve our people,” Le’i says.

(Samoa News should point out that the DPS motto is to ‘Protect and Serve the General Public’.)

The Police Commissioner says the need for two deputy commissioners is because “DPS's mission is too big and complex to have only one Deputy Commissioner — that has proven to be not working.

“Having a Deputy Commissioner for Operation and another for Administration Support is the best way to move DPS's agenda forward. American Samoa's population of more than 60K with a per-capita of 500 plus people per one (1) police officer doesn't provide the necessary protection and service to our people in time of need.

“As I said earlier, the time we live in changes; so do the types of crimes and the methods which these crimes are carried out. To combat them, DPS must have good cops, smart cops, honest cops and most important, those who look at being a police as a calling; commitment and not just a job,” Le’i says.

Le’i says, “The whole structure of the Police Force Organization will be changed to provide better service and protection for the general public.  We must be proactive; quick in our response; have the best equipment we can buy and provide the best training we can get.

“We must also look at police salaries. We are very fortunate that the Governor and Lt. Governor have given their full support to me to make the right and the best decisions with our people's security in mind. We will work collaboratively with Samoan Affairs, Homeland Security, and all other agencies who have a part in the security and well being of our people,” he said.

Samoa News also inquired into the selection of Falana’ipupu, as the second deputy commissioner, to which he replied, the decision was not an easy one.

He said, “I have looked very carefully at every commander's record of performance and am very proud of what each of them have accomplished. Anyone of them could've been appointed; however, Commander Falana’ipupu’s service and experience have an edge over the others. He will get the job done and fits the DPS agenda moving forward.

“Perhaps, the most important issue is to bring the team work mentality to DPS,” the police commissioner said.

Valedictorian of the 19th Police Academy, Falana’ipupu has spent most of his law enforcement years with the Criminal Investigation Division (CID) which he was overseeing until his new appointment that was effective yesterday.

An educator by profession, Falana’ipupu also served in the military. During his years with DPS, he also ran the operations for the Traffic Division for more than five years and then was reassigned back to CID, where he was promoted to Commander.