With Samoa allowing flights into the country for citizens stranded in N.Z and easing stay at home rules, I think America Samoa should ...
Do the same
43%
Only ease stay at home rules
11%
Keep things the way they are
46%
Total votes: 514
Home 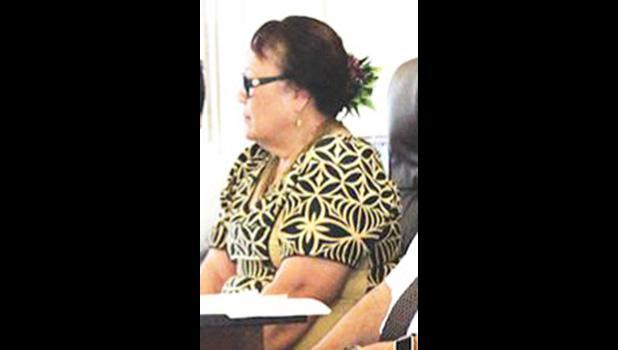 We have a “ta’ita’i — who gives directives and “we comply with” them
By
Fili Sagapolutele
fili@samoanews.com

Responding to a question at the outset of the Fono Joint Budget Committee hearing on the two deputy directors listed in the department’s budget, Mrs. Liu claims that that under local law, DHR has two deputies.

Later in the hearing, House Speaker Savali Talavou Ale questioned the law, which gives authority for two deputy directors to which Mrs. Liu replied she couldn’t recall the actual provision of the law but pointed out that it is the law and has been there for a long time. And that she can provide that provision at a later time.

She explained that one deputy is funded by a federal grant, and this deputy — she identified as Makerita Enesi — oversees the federal Workforce Innovation and Opportunity Act (WIOA). Enesi has held this position since the federal training program was set up in American Samoa.

According to the director, Enesi would like to retire and her employment is currently under contract until someone is recruited for the post. She says other personnel in this office have been trained to take over once Enesi retires.

The other deputy post is funded by local money, said Mrs. Liu who didn’t identify this deputy by name during the hearing. (Samoa News notes that according to the DHR website, this deputy director post is occupied by Puiali’i James Faumuina.)

Savali said that it has been practice for a long time in government that a deputy director is career service — not a political appointment. However, he said there have been changes when it comes to this post and he asked if this is an appropriate way for government to operate?

Mrs. Liu responded that while DHR oversees personnel matters for the government, they also have a leader — using the Samoan word “ta’ita’i — who gives directives and “we comply with” them. Additionally, it’s also their leader who makes the determination to have two deputies because some departments have bigger operations.

She says that DHR offers recommendations but their leader makes the decision and whatever that decision is, DHR implements the leader’s directive.

While the long standing practice has been that salary is reduced when a position is converted from contract to career, Savali said this is no longer the case, with many conversions in the FY 2021 having the same high salary as when the position was a contract.

Mrs. Liu explained that there are several types of “competitive” and “noncompetitive” conversions. And when it comes to those funded by the federal training program, the salaries remain unchanged when converted from contract to career service.

As to the salaries at the time of conversion, Mrs. Liu again pointed out that they have a leader who gives directives and they comply with these directives.

When asked about examples of contract workers, she explained that these are workers with “special skills” that are in hard to fill positions, such as engineers, lawyers and even teachers.

She said about 1,020 people filed claims and there are a lot of restrictions for the programs and many foreigners working here who are impacted, but don’t qualify.

Between July and up to this week, total payout is $628,800 and there are still applicants undergoing review with no final decision, according to Mrs. Liu.