Hawaiki cable lands in American Samoa over the weekend 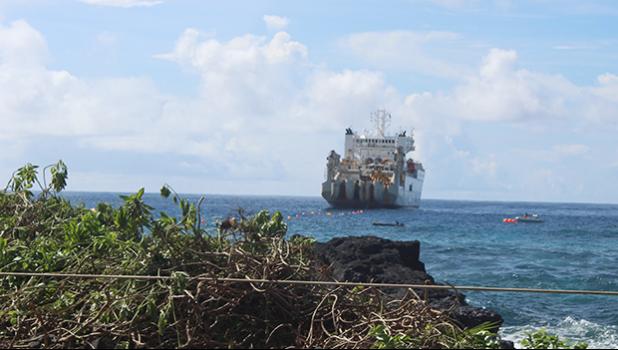 The American Samoa branching unit of Hawaiki, which is owned by Hawaiki Submarine Cable LP, is owned by the government owned American Samoa TeleCommunication Authority (ASTCA), which hosted a cable landing ceremony on Saturday at its main headquarters in Tafuna.

Once Hawaiki cable is in service, “ASTCA will be able to supply high speed internet to the whole population [of the territory] and to the neighboring countries as well,” said Galasso to applause from the crowd, which included government leaders, cabinet members, and other invited guests.

According to the CEO, planning for Hawaiki began in 2012 “and it took us six very long years to make it happen.”

Gov. Lolo Matalasi Moliga delivered special remarks saying that Hawaiki will add a second economic-base to American Samoa, whose economy has been dependent for many years on the canneries, which have been facing challenges.