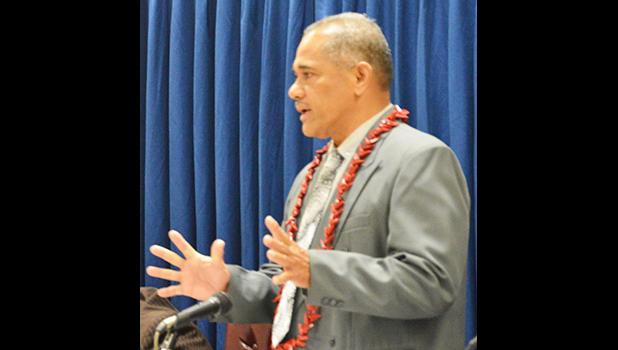 Pago Pago, AMERICAN SAMOA — The House of Representatives is working closely with the Administration to set up a repatriation flight to allow inmates from Samoa who have completed their jail sentences to return back home pursuant to court orders.

A hearing is scheduled this morning at 8:30 a.m before the House Public Safety Committee to discuss this issue, along with other issues pertaining to the Dept. of Public Safety.

The committee chair and former DPS Deputy Commissioner, Rep. Avagafono Vaimaga Maiava told the House that many inmates currently held at the Territorial Correctional Facility have completed their jail sentences but have not yet left the facility. Some face deportation orders but do not have travel documents or their sponsors cannot be located to pay their fares home.

Avagafono said on the House floor that since the new attorney general has now been confirmed, he feels this is the right time to look into this matter.

He said these “brothers from Samoa” have already served their time but they are still locked up. He said their Immigration sponsors should be made responsible for the costs of returning the inmates to Samoa.

Acting Police Commissioner Lefiti Pese told Samoa News last week that he hopes that a spotlight on the issue Rep. Vaimaga raised will lead to discussion about alternatives to deportation for people from Samoa who have lived here all their lives.

He said some of the defendants were born in Samoa and came here as babies. They have attended school, worked, married and lived here all their lives and this is home to them. Some have children with families of their own. He hopes that alternatives to deportation can be explored during the discussion of what to do with inmates who have served their time but are still behind bars at the TCF.

Several faipule supported the issue and called out to the Administration for a quick solution.

One faipule said that these are human beings who have been neglected. “They may have committed a crime but that is no excuse to neglect their case or status. Most of them have been eligible for parole for months and years but because our parole board rarely meets, they never had their opportunity,” another representative said.

The hearing will also cover the issue of the Fagaitua Police Substation and the lack of a fire truck and EMS Service for people living in the eastern district.