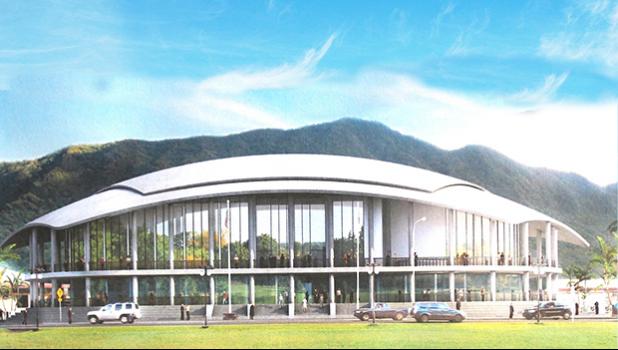 One essential issue is the role of the Office of Samoan Affairs
By
Ausage Fausia
ausage@samoanews.com

Pago Pago, AMERICAN SAMOA — Manu’a #2 Faipule, Rep. Toeaina Faufano Autele told the House of Representatives last week that there are many essential issues lawmakers should bring to the Fono’s attention for discussion, instead of wasting their time talking about nonsense issues, over which they know they have no control.

The comment from Toeaina came after Rep. Vailiuama Steve Leasiolagi brought up the issue of the settlement between the US Environmental Protection Agency (USEPA) and StarKist Samoa for a violation related to the discharge of wastewater in Pago Pago Harbor.

Vailiuama said that he would like to know if there’s a share for the American Samoa Government from this settlement, and if there is — he supports Paramount Chief Mauga Tasi Asuega’s statement that if there is such a share for ASG, that money should go straight to the Maoputasi District, because the action of StarKist Samoa took place inside Fagaloa Bay, which is part of that district.

Samoa News should point out that the settlement is for $6.2 million, with ASG to receive $2.6 million in civil penalty, and the rest would go to the federal government. Money for emergency equipment also remains intact in the revised decree, which added ASG to the settlement. Court approval is still pending.

It should also be noted that Mauga, through his attorney wrote directly to the feds asking that the settlement come directly to Maoputasi, and the request was denied. The feds cited lack of legal right for the District to receive the money.

“Since the American Samoan Code [Annotated] is insufficient to provide the [Maoputasi] County with the legal right to seek civil penalties, the United States is not authorized to share penalties with the County,” said Henry S. Friedman, assistant chief of Environmental Enforcement Section of USDOJ in court filings.

Vailiuama’s statement about the settlement was a follow up from the hearing between the House Commerce and Economic Development Committee and StarKist last month.

When given the chance to speak, Toeaina pointed out that one of the essential issues that he wanted faipule to address and take action on while they have the chance, is the role of the Office of Samoan Affairs within the American Samoa Government (ASG) system, and why this system is so important to the role of our local villages and districts.

“If we look at the way the United States Government system is set up, we can see from that picture that each section of the government such as the states, district and city are all separate from each other. What we see in our Local Government’s system is different because villages and districts all fall under the Office of Samoan Affairs and all movements and action are under the discretion of the Secretary of such office,” Toeaina said.

He said that the Samoan system is unique and straight forward, but because of the way things are run in the ASG system — by letting the Office of Samoan Affairs have control of all villages’ and districts’ business, not only does it take away the rights and the authority from each village and district to made their own decisions, but it seem like the Secretary of Samoan Affairs is dictating to each village and district what to do.

Toeaina, who is the chairman of the House Judiciary & Legal Affairs Committee, said he would call a hearing with the Secretary of Samoan Affairs, Paramount Chief Mauga Tasi Asuega later on this month, to discuss this issue and many other issues pertaining to the role of Samoan Affairs inside ASG.

Tualauta Faipule, Rep. Vui Florence Saulo supported Toeaina’s comment about essential issues that lawmakers needs to prioritize, and said it was not the settlement, but instead what ASG and the Fono should do to keep the cannery in American Samoa.

During last month’s hearing, Mr. Choe spoke candidly of the problems confronting StarKist Samoa and what needs to happen for the cannery to remain competitive in the global tuna market.

The hearing which lasted for nearly two hours included a power point representation by the CEO on the operations of the local cannery, its workforce, the products manufactured here and their value, advantages and disadvantages of operating a tuna plant here and factors that are causing StarKist to lose its ability to compete in the global tuna market.

When asked by committee members whether StarKist will continue to remain in the territory, Mr. Choe said that he told StarKist employees that his wish is for StarKist to celebrate its 100th anniversary in American Samoa in 2063.

Speaking about the many challenges the cannery is facing, Mr. Choe said that with more than 70% of the American Samoa economy tied to the tuna industry, a solution to keeping the tuna cannery competitive must also include assistance for business that provide support services for StarKist Samoa.

He said that costs like minimum wage hikes, custom fees, port charges, and utilities should be affordable to the cannery as well as the businesses that support it. He further stated that the recent increases in port fees and the new scanner fees present additional cost to their canning operations.

When asked by Vui during the hearing last month if he had discussed the fees with Governor Lolo M. Moliga, Mr. Choe said yes, he did speak with the governor about the issue and the governor is willing to support them.

He also told the committee that the whole purpose of trying to get assistance from the governor is not about helping StarKist but it’s about the overall business industry in American Samoa.

Mr. Choe told representatives that a lot of businesses in American Samoa exist because of StarKist, such as small businesses and stevedoring companies, and without StarKist, these businesses don’t operate.