As expected: There’s no plan to reimburse for years of overcharging at OMV 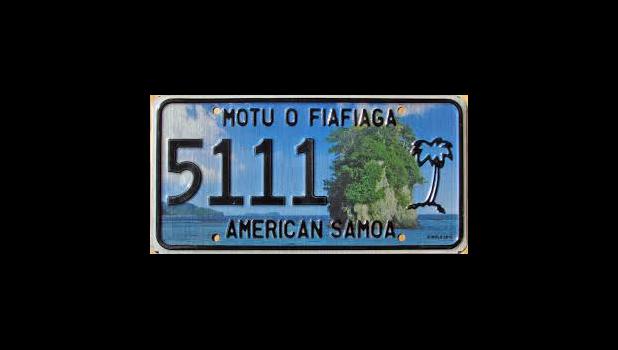 Gov. Lolo Matalasi Moliga is seeking to amend the provision of local law regarding vehicle fee registrations, which sets the annual fees according to the weight of the vehicle.

The proposed amendment was introduced this week in the Fono with the Senate Transportation Committee set to hold a hearing on the matter tomorrow.

No hearing date has yet been set for the House.

For vehicle license registration fees, according to current law, motor vehicles, including private vehicles, cargo vehicles, buses, motorcycles, taxis, trailers, tractors and rentals, are charged $32 plus per ton of weight of $12

The administration seeks to add a phrase in the provision to state:  motor vehicles, including private vehicles, cargo vehicles, buses, motorcycles, taxis, trailers, tractors and rentals -  $32 plus per ton of weight, “or fraction thereof" - $12

The law states that renewal for motor vehicles is $32; but the administration’s bill seeks to add, in this provision, “plus per ton of weight, or fraction thereof," $12

Another proposed amendment calls for “half (50%) of tonnage fees collection... be placed in a road maintenance fund to be used for road repair.”

According to the Administration, weight was added to registration fees in 1980 and fees based on weight are levied in over 13 states. And “due to increase use of the roads, inflation, costs to run the government, and the cost to repair roads, these fees must be updated”.

It notes that heavier vehicles place more wear and tear on the roads; and road repairs and construction come at a huge cost. These fees will help cover a portion of those expenses.

Last month, the Senate and House held hearings because of lawmakers’ concerns following a startling revelation in the Samoa News column “The Conversation” authored by local resident Benjamin Hampton, and headlined “OMV has been double charging the statutory amount for decades.”

The column, first published June 30th with follow-ups later, revealed that vehicle owners renewing their registrations have been overcharged for many years, with the OMV charging the $12 per ton weight of the vehicle — when this is not stated in the law.

There is no proposed bill to reimburse the public for years of overcharging, nor is their mention in the current proposed bill of ‘reimbursement for overcharges”.

Le’i told lawmakers that OMV had continued to follow the practice, which has been in place for years. He pointed to local law, which states that it's $32 for motor vehicle license registration, plus $12 per ton of weight — at the time of registration.

For motor vehicle renewals it’s $32. However, in the past, the practice has been to add $12 as part of the renewal process, Le’i explained; but the law doesn’t say that the $12 for the tonnage is again to be paid during renewals.

Talauega revealed during the Senate hearing that the Administration will submit legislation to amend the law but insisted that the government was not issuing any reimbursements or refunds to those who have overpaid in past years.

Le’i pointed out that he had never said anything about issuing refunds, or reimbursements, because he has no authority - under the law - to do that.