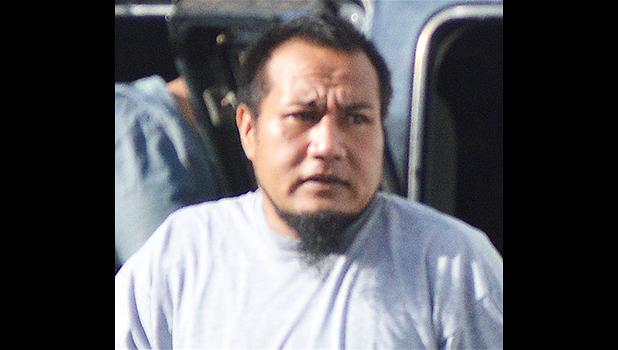 Pago Pago, AMERICAN SAMOA — A 43-year-old bus driver convicted of sexually abusing a 15-year-old girl was ordered by the court to immediately depart the territory and remain outside of its borders for the duration of his 7-year probation sentence, upon release from custody after he serves 20 months at the TCF.

Taume was initially charged with one count of first degree sexual abuse, a class D felony; and two class A misdemeanors: third degree assault and endangering the welfare of a child.

But under a plea agreement with the government, Taume pled guilty to first degree sexual abuse, a class D felony that carries a jail term of up to 5 years, a fine of up to $5,000 or both. Before the court rendered its decision, Taume was given the chance to speak.

Taume said he used his time in prison to work closely with church groups and organizations to help/ develop programs that will save the lives of many young people suffering with problems, especially mental conditions.

He asked for a second chance to return to Samoa to care for his family, especially his wife and kids. “I know I broke the law and I promise I will never set foot in this courtroom again in my life.”

He said he is a changed person and wants to use his remaining days doing God’s work.

McNeill said Taume has accepted responsibility for what he did, he’s learned his lesson, and he’s been locked up for 15 months to await a decision on his case. McNeill asked for a probated sentence, with no additional period of detention. He also asked to allow his client to depart the territory and return to Samoa to be with his wife and children.

Prosecutor Lowe echoed the defense submission, saying that despite the seriousness of the defendant’s actions, the government believes that him departing the territory and remaining outside of its borders is the only way to prevent Taume from having any physical contact with the victim in this case.

SUMMARY OF THE FACTS

On Aug. 28, 2018 the brother of the victim called police saying his sister, 15, had been sexually abused by their neighbor. Both the victim and her brother were taken in for questioning.

Their parents were unaware of the situation because they were both at work at the time.

According to the victim, she was asleep the previous evening but was awakened when she felt someone massaging her left breast. And when she woke up, she saw Taume kneeling next to her head, touching her head and body. Taume whispered to her to stay quiet.

He also told the victim that he wanted to spend time with her. The victim said she screamed and yelled out to her father. And that’s when Taume got up and ran outside, started his aiga bus — which was parked in front of his house — and took off.

According to the victim, this was not the first time Taume had done this to her. She recalled one night while sitting in front of her house, she felt someone touching her breast from behind. She said she turned around and saw Taume standing behind her. And when she asked what he was doing, he just laughed without saying a word.

The victim recalled another night, saying that while asleep, she felt something heavy on her. She woke up and saw Taume trying to lay on top of her. She said she pushed him and yelled out to her family, which caused Taume to run out of their house.

The government claims there were times Taume confronted the victim and gave her money to buy food and drinks. The victim did not accept any of it.

Taume was sentenced to 5 years imprisonment. Execution of sentence is suspended, and he is placed on probation for 5 years subject to several conditions. He has to serve 20 months at the TCF, with credit for the 15 months he served in pretrial confinement.