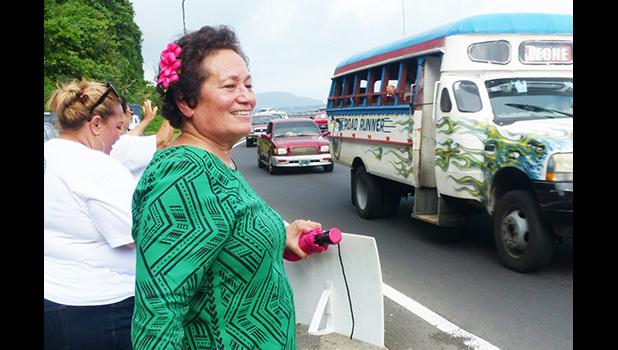 “Thank you very much for entrusting me with the responsibility of representing you in the U.S. Congress,” said Amata in her thank you message to the people of American Samoa. “I am humbled by your vote, more humbled than you know.”

“As your representative, I will continue to work enthusiastically with the other island Territories for equal treatment with the states in matters that affect us all, such as funding formulas, grants and projects that we need,” she said.  (See today’s Samoa News edition for the Congresswoman’s Thank You message, as a paid advertisement.)

In the 2016 election, Amata won 75.4% of the ballots counted. She was challenged by four candidates, including Suitonu-Chapman.

Candidates or voters have until 4:30 p.m, Nov. 13th to file a complaint contesting election results in the High Court. It’s also on Nov. 13th that the results are made official by the Election Office