Assessment of LBJ services will be discussed today in DC 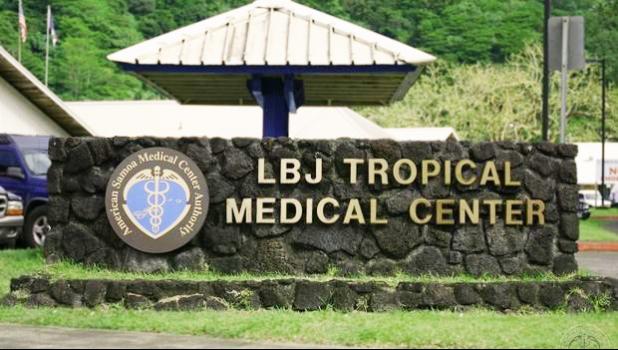 An oversight hearing on “Assessing Current Conditions and Challenges at LBJ in American Samoa” will take place today in the nation's capital.

The oversight hearing, according to the hearing memo issued by Doug LaMalfa, Chairman of the Subcommittee on Indian, Insular and Alaska Native Affairs, is to "evaluate and discuss the current state of the healthcare facility and the quality of the treatment accessible to American Samoans."

The hearing which will be streamed live at 10a.m. today on: <https://naturalresources.house.gov>

LBJ Medical Center is the only public health facility located in American Samoa and it receives a significant portion (roughly 9%) of its revenue through the DOI's Office of Insular Affairs budget appropriation, which is approximately $7,900,000 annually.

According to the memo, the LBJ Hospital "has struggled in recent years with maintaining infrastructure needs of the facility and providing an adequate level of healthcare services for its patients."

The memo notes that LBJ is the only hospital serving American Samoa and it provides medical care for approximately 55,000 residents of the territory, and also serves the neighboring islands of Aunuu, the Manu'a Islands, Rose Atoll, and Swains Island.

The facility is funded primarily through grants provided by the USDOI, Office of Insular Affairs.

Staffing at the hospital has traditionally been "very challenging" and currently, there are only 65 active medical staff on hand to provide care for patients in various areas including internal medicine, pediatrics nephrology, radiology, and ophthalmology, to name a few.

"Conditions at the hospital are dire due to lack of adequate funding and a chronic backlog of infrastructure maintenance," said the memo, adding that "the territory has always been challenged with providing basic needs and services in healthcare, more so than the other territories."

Congress enacted legislation in 1996, directing a portion of mandatory Covenant Capital Improvement Program (CIP) funds to be used for Critical infrastructure in American Samoa and the development of a multi-year capital improvement plan, according to the memo, which also states that in FY 2018, OIA awarded approximately $9.5 million in CIP grants to ASG for projects designated by the Capital Improvement Master Plan and these funds were utilized to "renovate and expand three key wings of the hospital: the labor, delivery and operating room."

Last February, a bi-partisan Congressional delegation (CODEL) of members on the Committee of Natural Resources traveled to the Pacific territories and toured the LBJ Hospital where they met with administrative staff to discuss the conditions at the facility.

Hospital administrators expressed their concern to the CODEL members "that poor conditions at the hospital have created a major issue for the island's veteran population seeking medical care."

Another area of concern had to do with American Samoa's treatment under both current and future federal healthcare program, specifically Medicaid.

Under the current Medicaid set up, territories receive capped funding set by the Federal Medical Assistance Percentage (FMAP) at the level of 55%

"American Samoa uses a unique method to establish income-based eligibility within the program unlike typical enrollment eligibility requirements in the other territories. Medicaid and the State Children’s Health Insurance Program (CHIP) funds pay for care provided at the LBJ Tropical Medical Center determined by the portion of the population with income that would have fallen below the program’s income eligibility threshold of 200% of the Federal Poverty Line.

“There is concern that since the funds are matched by federal dollars at a rate capped annually and additional Medicaid funds provided to the territories are set to expire in 2019, that American Samoa will not be able to utilize all available funding offered through the Affordable Care Act before the expiration deadline," the memo notes.

The subcommittee will discuss potential solutions to these challenges with the invited panel of those who work in American Samoa's healthcare field.

"By shedding light on these specific issues affecting the territory, this hearing will focus on potential solutions to existing problems."