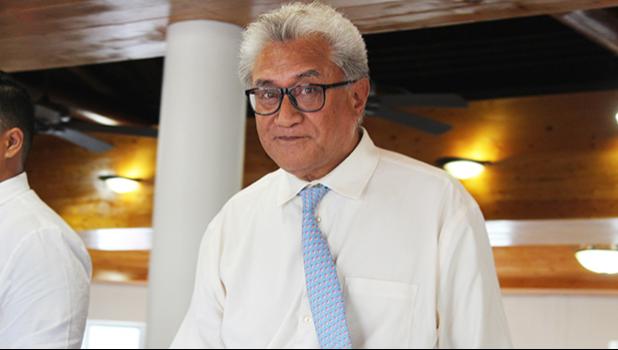 Among the questions is the status of the $3.5 million that Am Samoa received from the State Small Business Credit Initiative (SSBCI), a US Department of Treasury program administered locally by DOC and called the American Samoa Venture Fund (ASVF) program.

Lafaele explained that there’s not that much money left with regards to this federal funding, saying some projects already funded through the ASVF are an “investment” by ASG.

He revealed that $400K has been invested with locally-owned Inter Island Airways, with the goal of redeveloping a local airline, like in the past. Additionally, an investment of $300K was made to Hope Dialysis, which plans to officially open sometime this month.

The other investment, he said, is $350K to a locally-owned company that deals with computers and setting up call centers. He said with the Supe infrastructure improved, call centers are needed and ASG invested $350K in this company - which Lafaele didn’t identify by name and none of the committee members inquired about it.

According to the DOC director, two other proposals are currently in the hands of the committee which reviews requests and proposals for use of the ASVF.

Later in the hearing, Lafaele was asked when Inter Island Air will start moving forward with its service. He said he spoke recently with the company’s leader and the airline is working on finalizing negotiations with a US-based finance company, that will finance the aircraft, which costs about $10 million.

He said he hopes that before year's end, negotiations are completed and the company begins service. As previously reported by Samoa News, Inter Island plans to operate the Manu’a flights and later expand to Samoa.

Another follow-up issue raised with Lafaele is the government’s “Alia Tele - Super Alia” for which the design was completed about 2 years ago. DOC is still trying to secure funding to start building the prototype model.

As previously reported by Samoa News, each super alia is estimated to cost $350K which some senators early this year had argued is unaffordable for many local fishermen.

Lafaele told the joint budget committee that this is still an ongoing project, adding that just like any other economic development project, there is lack of sufficient funds to move it forward. He said the goal for the super alia is for villages - which are strong when it comes to their fautasi - to come together and work on the super alia, which can bring in high revenue returns, since we have a cannery here to sell local catch to.

If every village, especially those along with shoreline has a super alia, there will be a major boost to the economy, he said, to which Sen. Tuaolo Manaia Fruean responded, “I hope you’re not bluffing us” with such an explanation.

ASG officials have in the past told lawmakers - as well as Samoa News - that the super alia is safer and more economical for fishermen.