Amata briefs Fono on status of issues important to Am Samoa 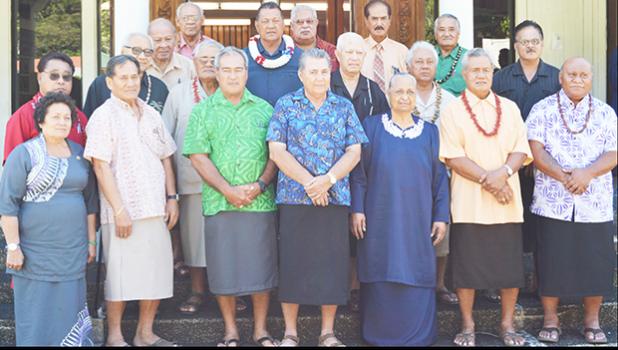 Congressman Aumua Amata gave a briefing to a joint meeting with the Senate and the House this past Thursday morning. She had requested a chance to address lawmakers before she returns to Washington D.C. this weekend.

Among the issues Amata shared with lawmakers is her ongoing work in the U.S Congress dealing with millions of dollars of funding for infrastructure, which includes highway improvement for the territories; a control tower as well as improvements to Pago Pago International Airport that would attract more airlines.

Another issue is the federal cabotage law, which prohibits foreign carriers from operating between US airports. For Manu’a, a measure already approved by the US House and pending in the US Senate would give a foreign carrier a longer waiver than the current 30-day for American Samoa’s domestic service, currently operated by Samoa government owned Polynesian Airlines.

She also spoke of the impact of a US President’s action designating a national marine monument on fisheries and the remaining cannery in American Samoa.

Amata shared with lawmakers the history and problems faced by the territory, because of federal mandated minimum wages, with the next one set for later next year. She also spoke on the issue pertaining to federal tax benefits as well as tax reforms.