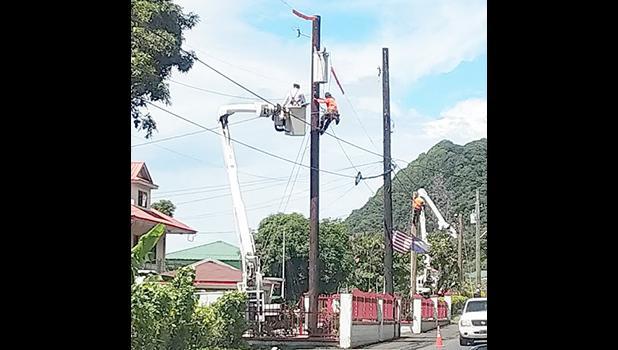 Last week, Alumamalu disputes reports that he is the one who spoke these words.

“The phrase illegal installed were not my words,” Alumamalu told the Representatives. “These were the exact words straight from the ASPA CEO. As a matter of fact, I recorded our conversation with the CEO because I know that there are people who question this issue.”

Several people voiced their frustration and disappointment about this issue on social media, and accused the faipule of discussing nonsense issues in the House chamber based on rumors.

One comment said that “these faipule need to learn how to become more professional. Come to the Fono with evidence not rumor. Leaders do not use gossip for their agendas.”

Alumamalu replied to the comments and said that the evidence he provided in the Fono was not rumor or gossip. It was straight from the ASPA CEO.

Rep. Vailoata E. Amituana acknowledged Alumamalu’e effort to follow up on the streetlight issue, however, people from his district are still waiting for their new streetlights.