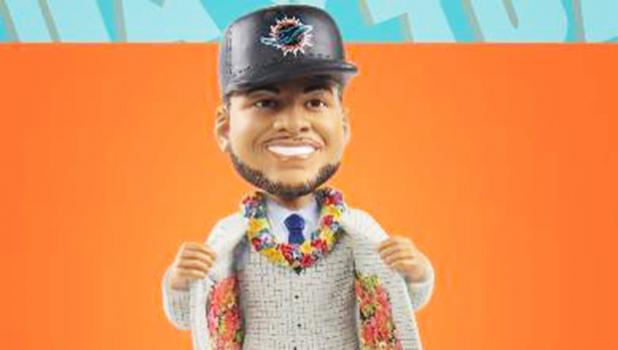 Miami Dolphins fans still can't get enough of Tua Tagovailoa, and now there's another item available to commemorate his selection as the fifth overall pick in the 2020 NFL draft. A Tua draft-night bobblehead was unveiled Friday by FOCO. Before he's ever played a down for the Dolphins, he's already the most marketable player on the team, although there's no clear answer as to when he'll take over as the Dolphins starting quarterback. [photo courtesy foco]