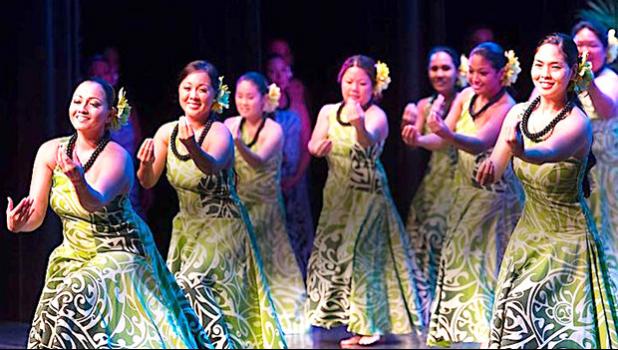 Organizers of Pasifika Festival, held in Auckland, want to focus the two-day event on re-connecting with grassroots this year.

The event is one of the biggest Pacific cultural festivals of its kind in the world and nurturing all those involved such as the village coordinators and Pacific communities is vital.

Event producer Torise Flay said that is her goal for 2018 as well as paying close attention to what festival-goers love about Pasifika Festival and what works well.

"In the past, the village concept was introduced to show the diversity within the Pacific and ensure the cultural integrity and community connections of the festival, reflects the islands' diversity in terms of food, culture and lifestyle.

"Pasifika now hosts 11 distinctly different villages, each with a performance stage, food and craft market, to show the diversity of the Pacific cultures represented.

"The villages represented are Cook Islands, Fiji, Niue, Aotearoa, Hawai’i, Kiribati, Samoa, Tahiti, Tuvalu, Tonga and Tokelau and we want to make sure we are looking after each village to the best of our ability," she said.

The Hawai'i village is one of the youngest villages, joining the festival in 2013.

It will be welcoming its largest performance group called Na Maka O Pu’uwai Aloha Foundation showcasing their culture through the hula dance.

Hawaiian village coordinator Keonilei Leali'ifano has confirmed 75 performers and around 75 supporters such as family and friends to be present at the festival.

"This is definitely the biggest group of performers to be part of the Hawai'i village because prior to this was 50 performers," she said.

For the Samoan Village, Ura Tabu will be showcasing their item and dance member Kolopa Simei Barton said the piece hopes to be entertaining for all age groups.

"To be able to perform and to gift something that is so sacred to us to the audiences and to the variations of people that come through Pasifika is really cool for us to do," she said.

This year is the third time Ura Tabu will be showcasing their talents on stage.

Ms Barton said preparation for the festival has been hectic as each member performs for the group outside of their full time commitments.

"Our director Charlene Tedrow is a mother of 4 children and I'm currently doing my BA Honors in drama as well as working in hospitality. It's a full on schedule.

"Ura Tabu puts a real big focus on taking care of ourselves because as Pasifika women, our whole way of life is service, is to constantly serve and give our time, love and energy.

"We have been meeting every Sunday for 4 hours for the last 3 months and it is all physical.

"It is only in the beginning and the end where we sit down and relax to talk through things that are on our minds as well as pray," she said.

Minister for Pacific Peoples Aupito William Sio said he has been attending the festival since its inception and the event acts as a symbol that Aotearoa New Zealand is embracing its ‘Pasifikaness’. “The festival provides for us that New Zealand and the Pacific are a family. It's a gentle reminder to us all that Pacific people call New Zealand home.

"As a country, it is our responsibility to actively celebrate diversity, so the festival emphasizes what Pacific communities offer to the nation," he said.

Pasifika Festival 2018 will host 220 local and international performance groups and more than 200 food and craft stalls across 11 Pacific villages.