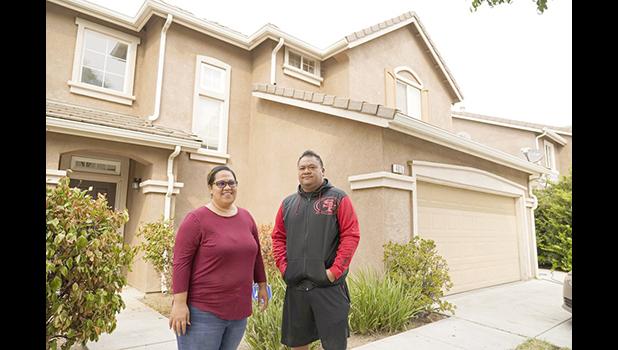 Pago Pago, AMERICAN SAMOA — Makerita Iosefo-Va'a and her husband Shaun Va'a pose in front of a relative's home where they are temporarily staying in Tracy, Calif., on Oct. 8, 2020. The couple is homesick for American Samoa.

They are among an estimated 600 residents of the territory who were off-island when American Samoa's governor closed the territory’s borders in March to keep the cluster of Pacific islands free from coronavirus. Vaʻa and others say they don't want American Samoa to open its borders, they just want to be brought home safely. (See Samoa News edition Oct. 14th for story details.)

Samoa News notes that stranded residents in Hawaii will be gathering for a repatriation “wave” in front of the American Samoa Government Hawaii Office this morning, Oct. 16, 2020, at 9 a.m.

See story for details of Samoa’s current scheduled global repatriation flights to happen over the next 3 months and the Medicaid ome-way flight from American Samoa to Honolulu scheduled this month.