A disability has not stopped her 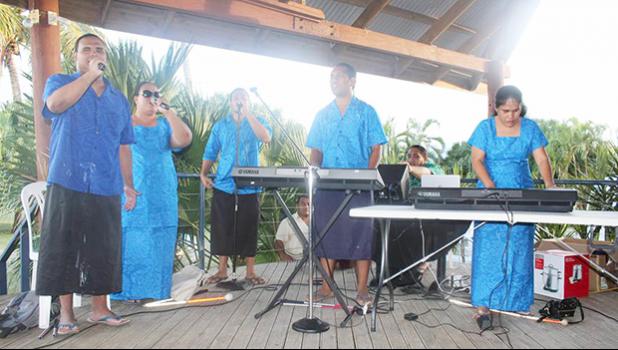 Apia, SAMOA — Being blind hasn’t stopped Faoolo Utumapu from climbing the ladder in life.  A journalist by profession, a strong advocate for the disabled, she has been appointed as one of the lecturers for the National University of Samoa (NUS) for the journalism courses. Born blind Faoolo will be the first lecturer with a disability at the NUS.

She started her education in Samoa at John Wesley Primary School, then, moved on to Wesley College and Uesiliana College Satupaitea before they moved to New Zealand. In an interview with Samoa News, Faoolo said there were problems with the education system back in the 90s where inclusive education was unheard of in those days, as she was unable to move on to the sixth grade.

“They thought it was too expensive to have my exam papers brailed at the time and we're talking the early 90s. Or they probably thought it would be a waste of time to let me pass through to sixth grade or they may have thought I probably wouldn’t pass the exams.” The education system at the time failed Faoolo but not her parents who are both educators. “I was fortunate that my parents were both educators and they were committed to assuring that it was compulsory for me also to attend school.”

Masunu and Senerita Utumapu sent Faoolo to New Zealand for sixth and seventh form at Manurewa High School and she proceeded with her education to Auckland University of Technology from which she holds a Bachelors degree and a Masters in Media and Communications from Monash University in Australia.

Faoolo is an active member of the community, aside from being a Sunday School Teacher at the Vaiteleuta Methodist Church, she’s also their pianist, and a member of the women’s fellowship. Faoolo, the former president of the Samoa Blind Persons Association, told Samoa News that she’s excited about this new adventure. “This will be a whole new adventure for me, I’m the first to be given this honor so I'll be the one to tell the others what's it like for a blind person to be an instructor at the University level in Samoa.

She said this sends a message to everyone, disabled or not that they can achieve anything in life and “I commend disabled teachers out there in the Pacific and other parts of the world.”  As for being a pianist in her church, that is not enough, Faoolo also plays the piano for the NOLA band, which is made up of persons whom are all blind. She told Samoa News that of her five siblings, she also has a sister who is blind. Faoolo’s parents are church ministers, who look after the Synod Auckland South of the Methodist Church.

Her mother Tiresa passed away when she was seven years old and her siblings are “lovingly raised by my second mother Senerita.” She’s married to Sa Utailesolo and they have a baby boy whom she loves with her heart, she told Samoa News. Faoolo said aside from her biological son, she has her nephews and nieces that she calls her own.

She also has a message to everyone, “If you have a dream go for it, but it's not just about the person with a disability, our environments and systems need to change for our persons with disabilities to achieve their dreams and aspirations.”

Last week NUS announced that the Journalism Course at the National University of Samoa will be offering Bachelors degree courses come 2018 and it was during that press conference, NUS Vice Chancellor Professor Fui Leapai Asofou So’o announced the appointment of Faoolo as the first lecturer with disability to the NUS faculty. He said the University is happy to have Faoolo on board.

President of the National Media Association JAWS, Apulu Lance Polu commended the University’s support in lifting the standard of the journalism industry — aside from offering courses for a diploma in journalism it’s now been elevated to a bachelor’s degree. “We look forward to developing that so that we can improve the quality of the students that come out and work in the industry so that we can serve our country much better and higher level. From the viewpoint of the industry, we applaud the appointment of Faaolo, a person with disabilities which is a first for the University and possibly for our region in the Pacific.”

Apulu said Faoolo would not let her disability, be a disability in her ability to nurture the young minds, who are eager to be journalists.