Fiji's ‘Cinderella Sisters’ claim they worked like slaves in Samoa 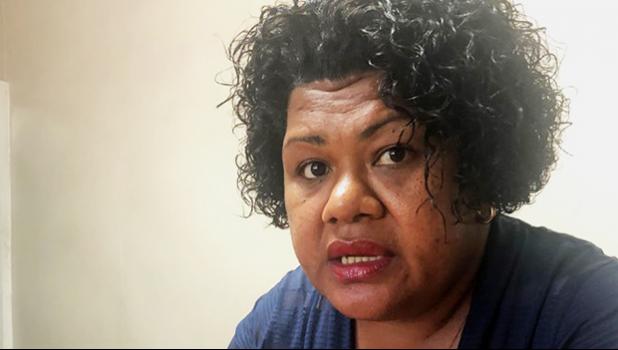 Ms Talatoka made the claim in Suva yes­terday after her return from the island na­tion.

“We felt like the Cinderella sisters. A promise of a good job in paradise turned out to be hell in paradise,” she said.

Their claim of exploitation was high­lighted in the Samoan media. She claimed she was lured by a Fijian friend in the Apia hotel industry to work as a nanny.

“So I was willing to go and when I asked about my contract and other documents, they said things will be sorted out once I reached Samoa,” she said.

“I had that trust because the employer was a big man there.”

Ms Talatoka arrived in Samoa on April 3, 2017. On the same day, she was told by her employers that in two to three days, they would talk about her job.

“Before then, all I knew was my job de­scription was to be a nanny,” she said.

“Apart from being a nanny, I was given other tasks.

“I was a housemaid, a gatekeeper, chef and cleaner which was out of my agreed job description.”

Ms Talatoka said maybe because she did not sign any contract was the reason she was given all the other jobs outside their verbal agreement.

“I was supposed to get the contract in black and white when I was still in Fiji, but I had all that trust.

“I was ill-treated, the right word for me to use is slavery.”

She said she worked from 6am until whenever her employers return from work and at times, 2am would be the latest time they would reach home.

“Twice, I knocked off at 4.30am and I had to resume duty at 6am. I had long working hours.

Ms Talatoka said she had her National Provident Fund deducted without even having a NPF number or a working permit and she did not sign any legal document as well.

She added that she went to Samoa on a 60 days visitor visa.

After working alone for a few months, Ms Talatoka arranged for a Salaseini Se­ruikeitoga to join her. She flew in around September 2017. They did not know each other personally until she reached Samoa.

“In the hot sun or when it is raining, we had to cut flowers outside,” Ms Talatoka said.

“We had to open the gate day and night sometimes at 11pm to 12am.

“We had to scrub the whole house, the tiles lining and we always joke around that we are the Cinderella sisters.

“We had to treat them like queens and kings.”

“As a woman in a foreign country, I was concerned with my safety and health,” Ms Talatoka said.

“They always swear at us while working, it was sad when you have to tell off your staff and using vulgar words.”

She said there was no fixed time for their meals.

“I was scared even to eat and life was un­bearable,” Ms Talatoka said.

“I lost a lot of weight because of the envi­ronment I was working in.

“I am a human being and not an animal, I sleep for maximum six hours, sometimes only four hours.

“But I never did show my family back at home that I was going through hard times.

“If only they can come home in the even­ing and say ‘thank you for the hardwork’, at least a thank you.”

She added that she went to Samoa to work for his employer and his wife. Instead she ended up with five bosses and they were living in her employer’s in-laws residence.