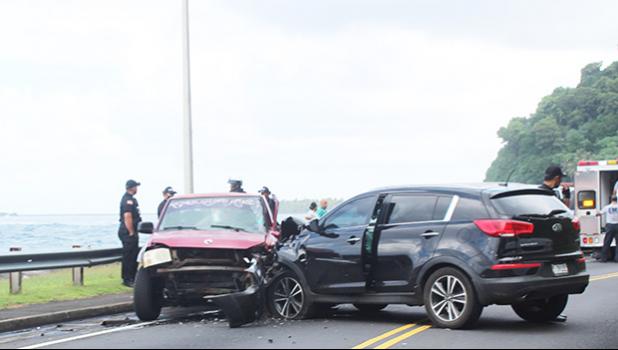 Several police officers, along with two ambulances were at the scene of this traffic accident near the Avau area, around 1:30p.m on Tuesday this week, causing a traffic slow-down in both directions. Samoa News understands six people were injuried and it is suspected the driver of one of the vehicles fell asleep. [photo: FS]