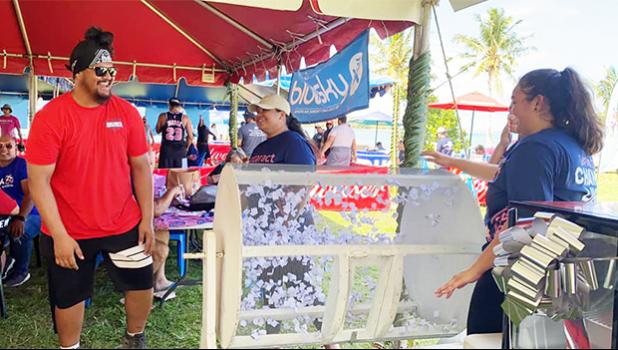 The Cornhole Tournament was held in early September by the Rotaract Club of Pago Pago to raise funds to build a new public playground at Lions Park. It was their first major fundraiser towards their project. The project has been met with overwhelming support from local businesses, with Bluesky Communications making a cash donation of $15,000 and SOPAC Distributors, on behalf of Bud Light, donating over $10,000 in sponsorship.  [Courtesy photo]