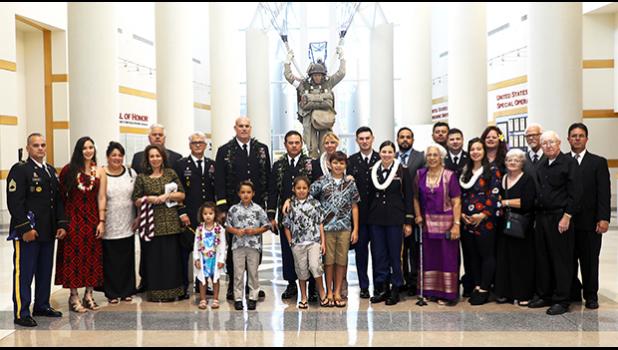 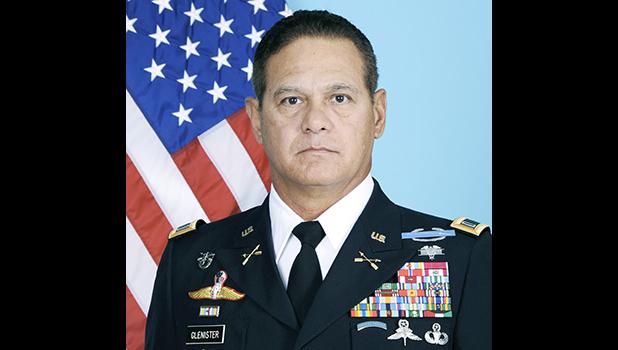 Chief Glenister enlisted in the U.S. Army in 1977, then entered active duty 40 years ago in 1978. Early in his career, he spent five years as a Paratrooper with the 82nd Airborne Division. In 1986, he began his more than 32 years in Special Operations, earning his “Green Beret.”

“Thank you to Chief Taufaga’afa Glenister for his impressive 40-year record of service to our country, and congratulations upon this well-earned retirement,” said Amata. “Chief Glenister served all over the world, rose to positions of high responsibility as Command Chief Warrant Officer, deployed forward, and earned a long list of awards and decorations. He’s ‘one of our own,’ as we like to say, and all of American Samoa can be very proud of him and his service record.”

Chief Glenister is part of a true U.S. military family serving extensively, including his brothers, his wife Lt. Col. (RET) Cindy Johnson Glenister, and now several of their four children also serve in the U.S. Army. They also have five grandchildren. He totaled it up, and the family has already logged over 185 years of combined service and counting.

“All the best wishes to Chief Glenister as you retire and make your new plans,” continued Congresswoman Amata “Congratulations to the whole family, and enjoy spending more time with your loved ones.”

Chief Glenister was specially honored by the Army in a retirement ceremony, attended widely by his family, including his father, Roland Glenister, and his mother, Naijo Fuata-Belford.

“He is another superb example of dedication and excellence for his own family and our young people in American Samoa,” concluded Amata. “Thank you to all our people serving today all over the world, and all our Veterans.”