Bill to establish deadline for selecting senators introduced in Senate 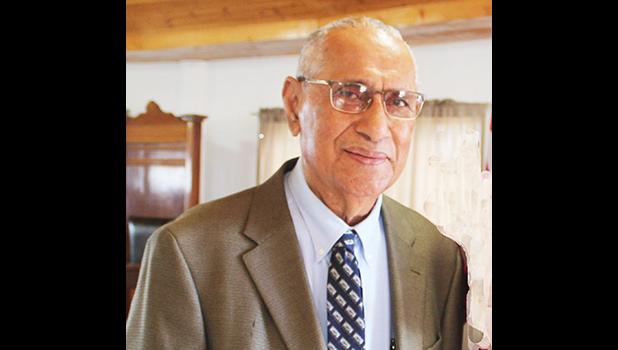 Pago Pago, AMERICAN SAMOA — Sen. Soliai Tuipine Fuimaono is the sponsor of a bill, which seeks to amend the selection process of senators to establish a deadline by which each respective county council must determine their candidate for that election year.

The bill, introduced in the Senate yesterday and assigned to the Senate Rules Committee for review, also mandates that all senators submit their qualification credentials to a Senate committee for verification before they are sworn into office.

Senators serve a 4-year term in office and they are selected by their respective county councils during the same general election year as the gubernatorial race. Under the revised Constitution of American Samoa, the Senate is composed of traditional chiefs that are chosen according to Samoan custom.

According to the bill’s preamble, a majority rule among members of the county council determines the candidate for the Senate, a process practiced for the preservation of the land and culture.

It also says that for a “more orderly process” there should be an established deadline for the appointment of senators from each respective county.

“In doing so, it will allow for the proper announcement of the new Senate candidates together with the newly elected government officials on Election Day,” the preamble says.

Furthermore, in order to preserve the integrity of the Senate selection process, the senatorial candidate will be mandated to submit their qualification credentials to the Senate committee for validation before they are sworn in for duty.

The bill requires that the certification be made “no later than the first day of October on each general election year.”

Another amendment proposed states that: Senators are mandated to present to the Senate committee the following documents for the certification process, per Article II, Section 3 of the Revised Constitution of American Samoa prior to swearing in:

•    a certificate of Registered Matai title verifying matai title and proof of residency.

In past years, the Secretary of Samoan Affairs would receive the certification from the county chiefs and then forward it to the Senate for official presentation and introductions during the swearing in ceremony for the new senators.