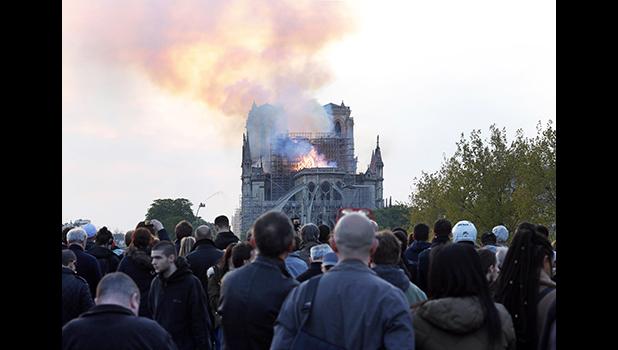 CLAIM: Man who threw boy over Minnesota mall balcony is a Somali immigrant.

THE FACTS: The man arrested in the case did not emigrate from Somalia, as posts circulating on social media said. Emmanuel Aranda, 24, who was charged with attempted premeditated first-degree murder in the April 12 attack, was born in Chicago at the University of Illinois Hospital, according to Cook County birth records. He has two prior convictions for assaults at the mall, both in 2015, The Associated Press reported. The Minneapolis metropolitan region, where the Mall of America is located, has one of the country’s largest populations of Somali immigrants, many of whom are Muslim. Posts circulating with the false information attempt to portray those immigrants in a negative light. Police said Aranda has admitted to throwing the child off the balcony and told authorities that he had come to the mall a day earlier seeking to kill someone. The boy suffered head trauma and multiple broken bones after being thrown nearly 40 feet. He was hospitalized in Minneapolis.

CLAIM: “A Muslim woman in Paris was arrested three days ago for planning a terrorist attack at Notre Dame Cathedral. Today, 3 days later, Notre Dame is in flames.”

THE FACTS: No terrorism-related arrest or charge was made days before the fire broke out at Notre Dame, the Paris prosecutor’s office said in a statement Wednesday to the AP. Paris police investigators have said they think an electrical short-circuit most likely caused the fire. The false claim is linked in some posts on Facebook and Twitter to stories about a failed car bomb attempt near the cathedral in 2016. Some of the posts also link to a story about an unrelated court sentencing on April 12 for one of the women accused in the 2016 case. In September 2016, France’s anti-terrorism prosecutor accused that woman and four other female suspects of a plot, guided by the Islamic State group, to fill a car with gas canisters near the Notre Dame Cathedral, the AP reported at the time. The women intended to target the Eiffel Tower but could not find a place to park, said Robin Simcox, a national security analyst who monitors terrorism at The Heritage Foundation, a Washington-based conservative think tank. “It was one part of a broader set of plots that were connected to this all-female cell and obviously has nothing to do with what happened yesterday,” said Simcox, who studied the case.

CLAIM: Presidential hopeful and U.S. Sen. Kamala Harris introduced a bill to forbid a police officer from drawing a gun without permission from their supervisor.

THE FACTS: Harris has not introduced such legislation. Posts on Facebook falsely suggested Harris recently proposed new restrictions on police officers that would impede their ability to respond to active shooters. The claim originated on Blue News Network, a satire website that says it is the work of “a few bored cops,” said Chris Fisher, who runs the site. Last month it posted an article that said Harris proposed “A Second Chance Act,” which would require officers to call their supervisors for permission before responding with gunfire in life-threatening situations. Facebook users shared posts that combined the false information with photos of Harris, and comments on those posts suggested that some readers thought it was factual. The posts have been shared thousands of times. Harris, a Democrat from California, has sponsored several pieces of legislation this year, from a bill that would require carbon monoxide detectors in federal housing to a legislative package that would add public land protections for more than a million acres in California. Harris spokesman Ian Sams confirmed the claim is “fake” in an email to the AP.

CLAIM: Photo purports to show Somali gang members beating a man on the street in Minnesota.

THE FACTS: The photo of the attack circulating on social media was falsely captioned as “Somali gangs in Minnesota grow more dangerous.” It was taken in Birmingham, England, in 2009. According to caption information on the original photo, the man is being attacked during a right-wing demonstration in Birmingham. The photo was taken by Reuters photographer Darren Staples. The AP, which also covered the demonstration, reported that there were sporadic clashes between the far-right demonstrators and groups opposing them in the city center. More than 30 people were arrested during the protest against Islamic fundamentalism, the AP reported. The false caption circulating online is one of many that have targeted the Somali community in Minnesota.

This is part of The Associated Press’ ongoing effort to fact-check misinformation that is shared widely online, including work with Facebook to identify and reduce the circulation of false stories on the platform.
END_OF_DOCUMENT_TOKEN_TO_BE_REPLACED