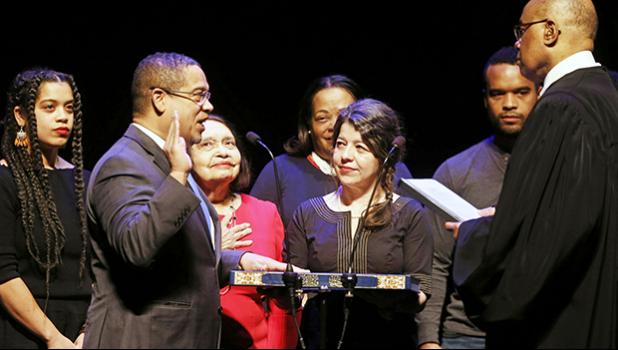 (AP) —  A roundup of some of the most popular but completely untrue stories and visuals of the week. None of these is legit, even though they were shared widely on social media. The Associated Press checked these out. Here are the real facts:

CLAIM: “US asylum officer to me: elective Lasik surgery is offered to all female migrants in family detention. Children given braces. All no cost. Then catch and release into the interior. Migrants calling home with this news of these incredible benefits, and the rush here goes on.” -- Tweet.

THE FACTS: Female migrants are not offered elective LASIK eye surgery and children are not being given braces while in family detention, despite what a tweet circulating widely claims. Todd Bensman, a Texas-based senior national security fellow at the Center for Immigration Studies, who posted the tweet, told The Associated Press he spoke with the asylum officer but was “not attesting to the veracity” of the details in the tweet. He added that the asylum officer provided few details beyond what he posted. According to a public affairs officer for the U.S. Immigration and Customs Enforcement, the agency responsible for managing care and services in migrant detention centers, no elective surgeries or procedures of any kind are approved. The spokesman said medical procedures are only approved if necessary to preserve life, limb or eyesight. He added that there may be limited instances where orthodontics are medically necessary, but they are not proactively offered.

THE FACTS: Minnesota received 6,320 Somalian refugees, not 70,000, under the Obama administration, according to data from the U.S. Department of State’s Refugee Processing Center. About 54,000 Somalian refugees total came to the U.S. under Obama, who served from Jan. 2009 to Jan. 2017. In contrast, the administration of President George W. Bush, a Republican, placed more Somalian refugees in Minnesota — roughly 9,800. Omar, a Minnesota Democrat who was elected to Congress last year, came to the United States from Somalia as a refugee 24 years ago, settling in Minneapolis with her family in 1997. Somalian refugees have long migrated to Minnesota and first began settling there in the early 1990s to flee an ongoing civil war, said Micaela Schuneman, refugee services director for the International Institute of Minnesota, a nonprofit that offers immigration services in the region. Minnesota continues to be a popular place for the State Department to place Somalian refugees because many of them have family members in the state and benefit from having an existing community of people from their home country, Schuneman said.

THE FACTS: Social media users are sharing a photo posted on Instagram by Omar in 2012 to falsely claim that she and Ellison, both Democrats, encouraged people to vote twice in an election. In the photo, Omar, a community activist at the time, and Ellison, who was a congressman, are marching behind a banner that states, “Be nice, VOTE NO twice. We don’t need Voter ID.” The photo is from an Oct. 20, 2012, march that was held to support two Minnesota statewide ballot amendments, one that would have required people to show a photo ID to vote and another that would have defined marriage as between a man and a woman. Both failed. Emily Rodvold, a graphic designer and activist, told the AP this week that she developed the “vote no twice” motto to show opposition to the proposed ballot amendments. “That was not encouraging people to vote twice,” Rodvold said. “It was shorthand to tell people if you want to support gay marriage in the future and people’s voting rights, you need to vote no twice.”

This is part of The Associated Press’ ongoing effort to fact-check misinformation that is shared widely online.