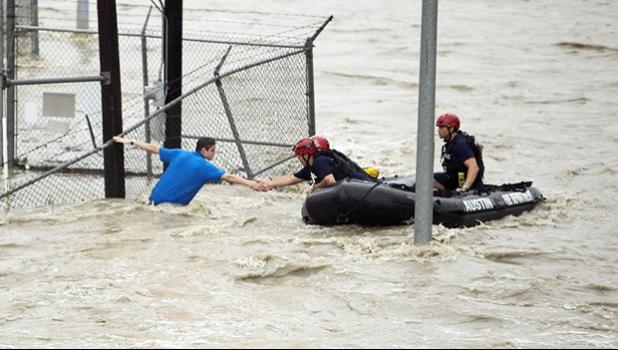 NOT REAL: Prosecutor at Kavanaugh hearing got Catholic priest “off the hook”

THE FACTS: The Arizona prosecutor Senate Republicans handpicked to question Christine Blasey Ford Thursday about her sexual misconduct allegations against Supreme Court nominee Brett Kavanaugh did not help exonerate a Catholic priest facing sex crimes charges, as one group falsely claimed on social media this week. The false claim about Rachel Mitchell was made by The Other 98%, a liberal activist group, on Facebook. The group posted a photo of Mitchell, along with text that wrongly asserted her experience in sex-crime cases was “Getting a Catholic Priest accused of six counts of sexual molestation of a minor off the hook.” Mitchell works as a sex-crimes prosecutor for the Maricopa County Attorney’s Office in Phoenix. More than 15 years ago, she prosecuted the case of Paul LeBrun, a Roman Catholic priest accused of sexually abusing boys from 1986 to 1991. Mitchell worked on the 2003 case, which resulted in LeBrun being sentenced to 111 years in prison. The photo, which was shared more than 30,000 times, included the Other98′s logo. The group did not return an email from The Associated Press. Cindi Nannetti, who supervised Mitchell before she became the chief of Maricopa County’s Special Victims Division, told the AP the claim “totally false.”

THE FACTS: A foundation run by billionaire Democratic donor George Soros did not award a fellowship or grant to Deborah Ramirez, the second woman to accuse Supreme Court nominee Brett Kavanaugh of sexual misconduct. The false assertion confused Deborah Ramirez of Colorado, with a Massachusetts woman of the same name. The claim circulated widely on blogs, online news sites and social media after The New Yorker magazine reported Sunday that Ramirez, who lives in Colorado, said Kavanaugh exposed himself to her during a drunken dorm party in the 1983-84 academic year at Yale University. Kavanaugh has denied the allegation. In an email, Deborah Ramirez of Massachusetts confirmed to The Associated Press that she was the recipient of the Soros fellowship in 2003 as well as a grant in 2002.

NOT REAL: Morgantown Mom Catches Pedophile Trying To Rape Child, Blows His Head Off With Shotgun

THE FACTS: A mother did not shoot and kill a “notorious pedophile” attempting to rape her 12-year-old daughter in Morgantown, West Virginia, despite what a report circulating online. The article claimed the 42-year-old woman shot the assailant in the head after finding the man struggling with her daughter. The story said the 53-year-old sex offender was found dead by police. Ed Preston, chief of police for the Morgantown Police Department, told The Associated Press in an email the report is false. He said the photo with the story featured a police car with expired license plates, and the car’s number “has been out of service for several years.” Preston also noted that “ABC News 14” does not exist in that area.

THE FACTS: A vigilante serial killer is not on the loose in Longview, Texas, despite a report circulating online. The Longview Police Department issued a statement Friday saying the report of three homicides in the city was false. It was carried on a site purporting to be CBS News 15, which does not exist in the area. The story said law enforcement officials had held a press conference and were appealing to the community for any information regarding “the murders.” All the victims were said to be men listed on the Texas sex offender registry. The Longview Police Department denied the claim. “There is no truth or validity that our sources can find that the author or the supposed news affiliate exists,” the department said in a statement. The site did not respond to request for comment.

NOT REAL: President Trump reaches out from boat to man stranded by flooding (Photo)

THE FACTS: President Donald Trump did not help rescue a man stranded by flooding during Hurricane Florence, as depicted in a photo that went viral this week. The doctored photo, which has since been widely debunked, shows Trump leaning out of a small boat and holding out a red hat to a man who is hanging onto a chain-link fence in waist-high flood water. The photo also shows one other man in the boat. The actual photo shows three rescuers in the boat, with one of them grabbing the hand of a man who is stranded. It was taken by Alberto Martinez for the Austin American-Statesmen and was transmitted by The Associated Press. According to the photo caption, the man was stranded at the northwest corner of Lamar Boulevard and 15th Street in Austin, Texas, on May 25, 2015.