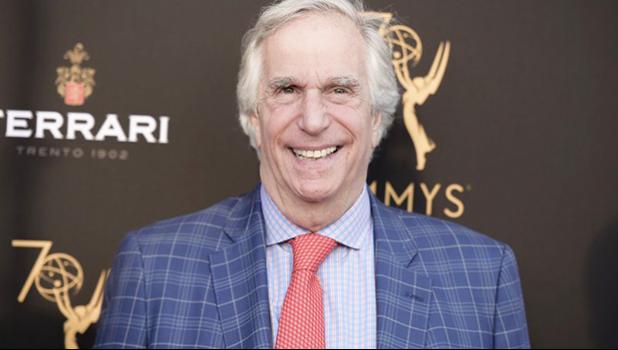 THE FACTS: Henry Winkler has not passed away and did not donate half of his estate to Donald Trump’s 2020 re-election campaign, despite what a report circulating on social media suggests. The report, published on Nebraska Daily, falsely claimed that “having never married or had children ... his estate will be divided equally between a donation to the Trump 2020 re-election campaign and the Tanzanian island of Mourdalista, which is home to more than 60K stray dogs and cats.” Sheri Goldberg, Winkler’s spokeswoman, told The Associated Press that Winkler is alive and well and does not talk about his political views. “He is not dead,” Goldberg said, noting that he will be at the upcoming Emmy Awards as a nominee. She said Winkler “has not donated his estate to the campaign,” nor has he donated any money to it. He is not affiliated with the current administration and its 2020 re-election campaign, she continued. Goldberg also said that Winkler did not donate the other half of his estate to a Tanzanian island. There is no known island named “Mourdalista.” Winkler is married to Stacey Weitzman and has three children. The Associated Press reached out to Namecheap, the domain registry hosting the website, and received an automated reply.

NOT REAL: Bruno Mars being ‘lined up’ to play Prince in Netflix biopic

THE FACTS: A representative for Bruno Mars says suggestions the singer will play Prince in a Netflix biopic are “100 percent false.” Netflix said they had no such film in development. Reports began circulating last weekend following a report in the Sunday Mirror saying Mars was “being lined up to play Prince” in a Netflix biopic. The British tabloid amended their story after being contacted by The Associated Press. Prince died at age 57 in 2016. Mars performed a show-stopping, memorable tribute to Prince at the 2017 Grammy Awards when he sang “Let’s Go Crazy.”

THE FACTS: Actor Morgan Freeman did not say that Hillary Clinton should be imprisoned, despite what a report circulating on social media suggests. The report, published on UniversaleMedia, falsely claims that he said, “The best way to restore public faith in government institutions is to ’send Hillary to prison.’” The report has circulated online before, including in October 2017, the same period Freeman was promoting “The Story Of Us,” a series televised on National Geographic that was released that month. Stan Rosenfield, Freeman’s publicist, told The Associated Press in an email that the story is fabricated and that Freeman did not make those statements. Rosenfield and Freeman were not previously aware of the stories. Rosenfield noted that Freeman recorded campaign commercials for Clinton when she ran for president in 2016. Only one section of the report is true: that Freeman called upon President Donald Trump to tell America the truth behind Russia meddling in 2016 presidential election. Endurance International Group, the company that hosts the domain, did not respond to a request for comment. UniversaleMedia.net does not provide any contact information on its website.

NOT REAL: Hersheypark not giving away free tickets for its 50th anniversary

The FACTS: Hersheypark, a family theme park owned by Hershey Chocolate Company in Pennsylvania, is not giving away five free theme park tickets for its 50th anniversary, despite an advertisement circulating on social media. The scam, which has been taken down, asked users to fill out a three-question survey and share the ad to win the free tickets. Quinn Bryner, a Hersheypark spokeswoman, told The Associated Press in an email that the coupon is false and that they are aware of the “fraudulent offer for tickets to our Park, as well as others, that have cropped up from time to time in various forms via social media since March.” The park has celebrated its 111th year since opening in 1907, Bryner said.

This is part of The Associated Press’ ongoing effort to fact-check misinformation that is shared widely online, including work with Facebook to identify and reduce the circulation of false stories on the platform.
END_OF_DOCUMENT_TOKEN_TO_BE_REPLACED