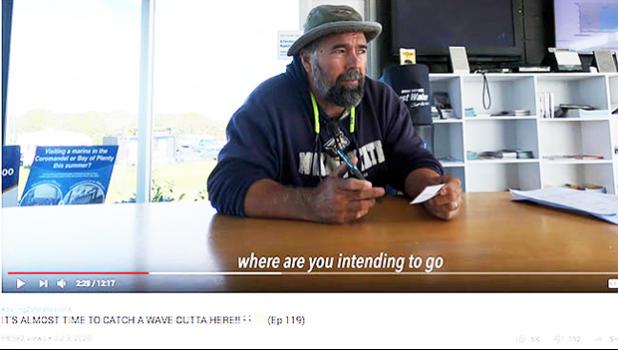 The ‘Sailing Zatara’ a Privilege 585 Catamaran carrying a family of five, left New Zealand's Marsen Cove on June 29 and published a video log saying they were headed to Minerva Reef where they intended to stay for a couple of weeks.

However, Tonga's borders are closed under CoViD-19 restrictions, and the crew of the ‘Sailing Zatara’ already know this.

Cruise ship diversions began in February, and then under a Public Health Emergency Order all international cruise ships and yachts scheduled to arrive in Tonga were barred indefinitely from March 17.

Saturday morning satellite imaging showed the catamaran currently tracking towards Minerva, and located about 418kms to the south southwest.

The approaching vessel was reported by a Matangi Tonga Online reader in Vava'u, who said lots of yachts are waiting to track through Tongan waters when the border diversions are eased.

He was watching activities on a video log posted by adventurer Keith Whitaker and his family on 'Sailing Zatara'.

“It seems like they intentionally neglected border closure measures in place for Tonga waters.

“I'm concerned about these guys,” he said. “They are ignoring it and they think Tonga will do nothing.”

Lt. Commander Siua ‘Ika, at HMAF Touliki Navy Base told Matangi Tonga this afternoon that the patrol boat VOEA Neiafu was currently at Minerva Reef, and they had not sighted the yacht today.

“Our patrol boat is already there,” he said. “It is part of our primary role to defend our maritime areas.”

Minerva, named Teleki Tonga and Teleki Tokelau, is part of the HMAF regular patrol operations, and Tonga regards the reefs as part of its territory even though they are outside the official EEZ. HMAF maintains a navigational beacon there.

“It comes under our Fisheries Act as a Special Management Area,” he said.

The navy officer said that Tonga offers a safe haven for yachts at Minerva “depending on the weather” and yacht crews may collect food for themselves there.

However, they did not know that the ‘Sailing Zatara’ was intending to come to Minerva this weekend, until Matangi Tonga asked for comment.

The yacht makes lifestyle videos of its sailing adventures for its YouTube channel. It had over 88,000 views of its latest vlog on July 3, where the captain figures out how to check out of New Zealand, while under CoViD-19 restrictions.

A New Zealand Customs official tells Whitaker that provided they do not have any illnesses, there is a declaration to be made around their health status, saying: “The important question is where are you intending to go, and can you get into that port? That the country will permit you to go in there.”

Whitaker tells Customs, “Well, obviously, I can go to any American Port, because I'm an American, .... we can stay at sea a long time.”