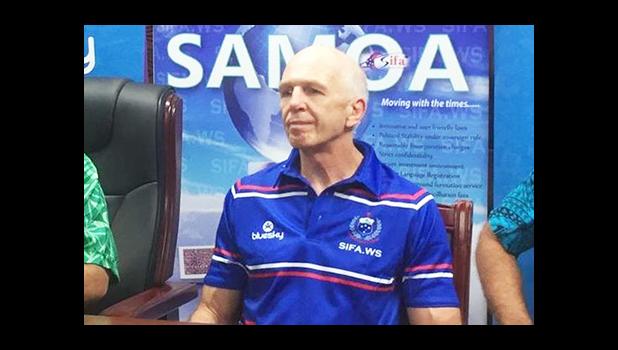 Sir Gordon Tietjens is already making his mark with the Samoan sevens team.

The former New Zealand mentor has been appointed Samoa's sixth permanent coach in as many years but doesn't officially take charge until January.

He was listed as a "technical advisor" during the team's runner-up finish at last month's Oceania 7s and is with the team in Dubai this week as an "observer".

Assistant coach Stephen Betham, who led the Manu to the 2010 World Series title, said Tietjens had been heavily involved with their preparation.

"He's been helping a lot with what's happening. Like I said he's put all his plans in place and we're implementing those plans," he said.

"At the moment he's dying to get into it and he's helped the team a lot in the past couple of weeks.

"The boys are really thankful and grateful that he's here and they've learned a lot in the past weeks and we're looking forward to seeing what happens on the weekend."

Samoa have a tough draw in Dubai with England, New Zealand and Russia in their pool.

Betham said they would be treating every game like it was a final.

"First and foremost is to improve the ranking, which is ninth place overall last year, and to do that we looked at trying to make the quarter finals consistently and I think that's a word we've focused on - is being consistent," he said.

"That is our aim, to make that top eight consistently for the next 10 tournaments."