THS — "Home of the Warriors" focuses on staying safe & healthy 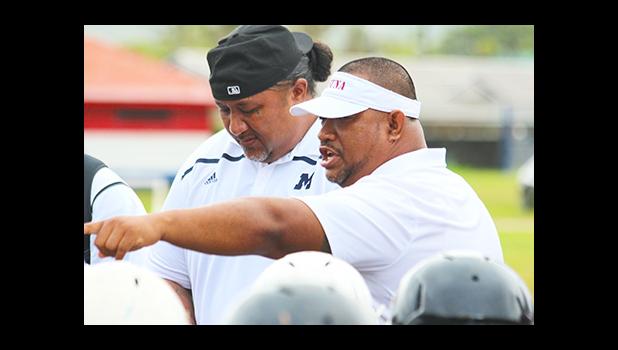 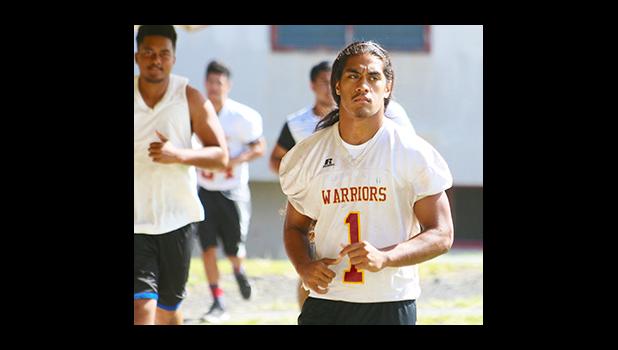 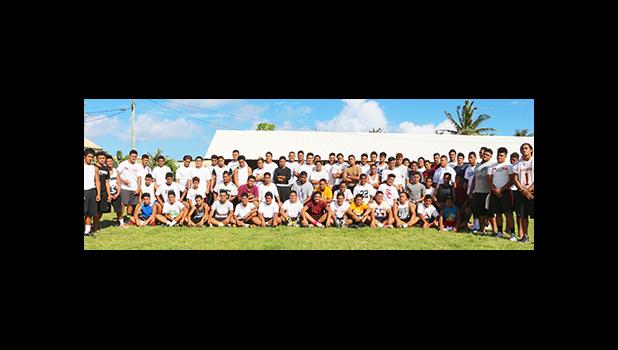 Coming into this year’s American Samoa High School Athletic Association (ASHSAA) Football Season, they have already collected their first victory of the season in both Varsity and Junior Varsity divisions  — the Warriors football team from Tafuna High School, led by Head Coach Kolose Ili are looking to introduce a new Warrior, built on a new vision for the future of the THS football program.

Ili who is new to the seat of Varsity head coach – but certainly not to the position, has led the Warriors JV program to numerous undefeated titles in the past years while under the reign of former Head Coach Jason Magalei and former Head Coach Okland Salave'a.

Under Ili, a change has happened — whereas the Warriors football program in the past was built on separate platforms, dividing the varsity and junior varsity programs — the only school to have two different core coaching staff for each division — this year, the programs have merged to work towards an upscaled movement for the future their program — with one core group to manage the team.

Head Coach Ili told Samoa News that they are not only working towards a positive progression throughout the season, but a solid upscale movement for the future of their program – solely focused on the players’ health, strength, knowledge, and their ability to learn certain criteria as a whole.

Ili said that the Warriors football program benefited "with the trip we took to L.A., that was a big part of the plan in our preparations to gaining experience, sending our team up to California."

He said, “These kids not only got to play, but they also got to practice — a lot of times they were coached by some of the top coaches in California, some of them were former NFL players like Anthony Pierce from the New York Giants along with some of the coaching staff at Long Beach Poly — so they got first hand experience, standards and they've got to experience the speed of the game up there."

With everything learned from their California trip, Ili told Samoa News that they hope to “utilize what they've learned throughout out the season.”

According to Ili, this is the first time that any school from American Samoa has played against the schools from California, he said, “Usually we go up for football camps, but this was an official game that was sanctioned by the State of California, and it benefited our players a lot."

He added, “We scrimmaged and we had some organized scrimmages – and that was the first time that we've experience that kind of speed, and a lot of our kids made adjustments to it, so the second time around, we were able to defend the perimeter a lot better – on our offensive side of the ball, these guys were also able to adjust — they were able to make the game a lot more competition than the first time around."

As to the changes that have been made to their school football program in his first year taking the reins for the Home of the Warriors, Ili told Samoa News, "I have a lot of new coaches on staff, people that I trust the program with – in every position there’s a position coach, that's another thing we changed."

He said, “My coaching staff and I sat down and we set goals for the team and we have a vision of  where we want to take the program – when we're planning that, we weren't just planning for now – we're also planning for the future. So numbers are important, I've seen that Samoana is one of those teams that’s getting a lot of those kids out there, but you get your usual stuff every year, everyone wants to win a championship.”

"We're implementing a lot of safety measures here at practice than before – I looked back at the previous years and one of our biggest issues was injuries, and part of that too was the way we practiced,” said the THS head coach.

He told Samoa News that they've been working with some of the sports medics locally and off-island who emphasized the importance of safety during practice, and he said, “We've talked a lot to Florence Wasko which is our local certified Sports Medic and Trainer – we went up to the All-Poly Camp and we received a lot of feedback from Doug Elisaia who is the Strength and Conditioning at the University of Utah and we got a lot of positive feedback on how to deal with that issue."

Ili said, “We're gaining back a lot of contact part as far as the in-season is concerned and we're focused more on the mental preparations and a lot of flexibility exercises and we got that from Alema Te'o – a lot has changed in our program this year.”

Representing the Home of the Warriors this year in the  ASHSAA Football Season are 45 Varsity players and 50 players in JV.

Samoa News noticed during their team promo coverage yesterday evening that they were still accepting new players who have just started their first day of the program, so the numbers for the Warriors isn't quite finalized  – yet.

He said, "I know that every team has got the ultimate goal of winning a championship, but you got your baby steps, the minor goals that you set your mind on in order to get to the ultimate goal – for us, we're solely focused on staying safe, and healthy in order to be a competitor. As long as these kids can be competitive out there, that's all we can ask for."

In conclusion, Ili wanted to send his acknowledgments and thanks to those who've supporter the Warriors Football Program in their preparations leading up to this year’s season.

He said, ”like I said, the trip was huge, and that could have not been possible without the support of our parents, the support of our local and business communities, the Governor for assisting financially – KHJ Radio for helping us with our telethons.

‘The locals in the mainland for hosting us — the local community in Carson, Compton, Long Beach area, coach Anthony Pierce and Long Beach Poly High School, coach Mike Ulufale, coach Charles Mincy and his boys and coach Likaki at Dorsy High School — they were very helpful in rolling out the red carpet for our kids and giving them a lot of work.

“Coach Tui at San Bosco, we couldn't thank them enough for everything that they've done for us. To all the Leilua's in L.A. The Warrior Nation, our principal, staff and student body. A special thanks to my coaching staff and my players as well."

Tafuna Warriors will face the Faga'itua Vikings in both division this weekend – "Rivalry Weekend" in their Battle of the Toas.

JV match up on Friday and Varsity showdown on Saturday.