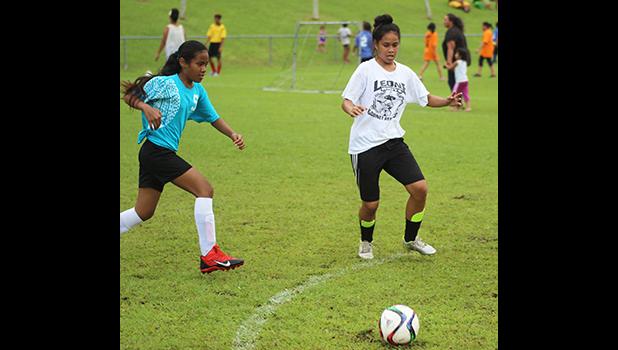 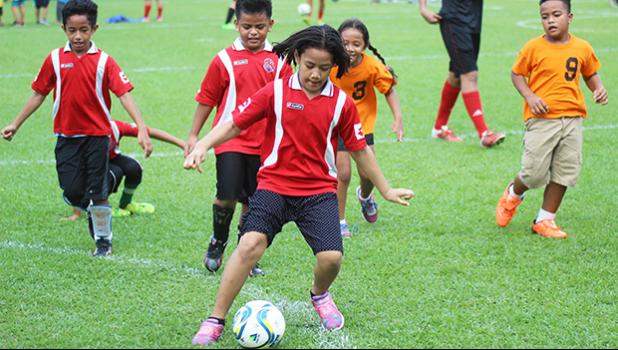 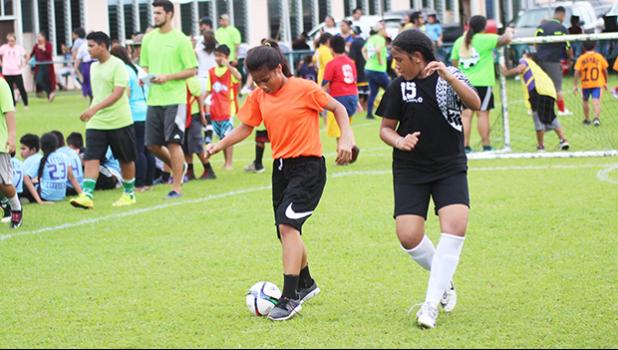 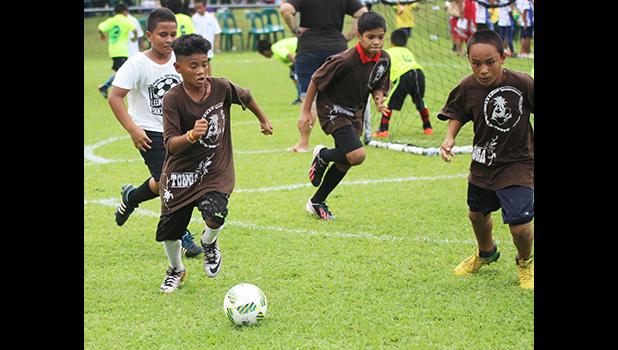 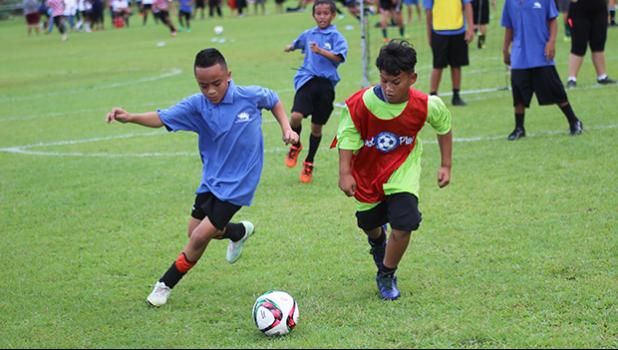 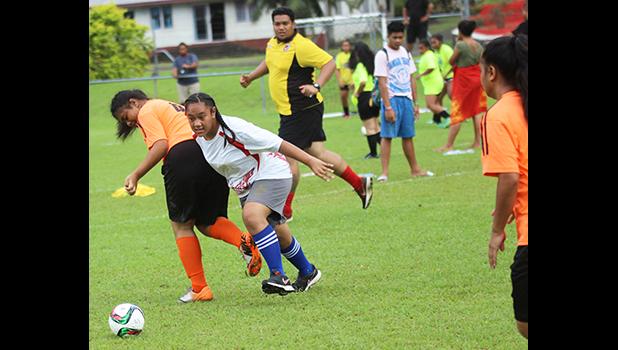 “It is wonderful to see our field full of children for our annual Summer Youth League,” said FFAS President Faiivae Iuli Alex Godinet before the kickoff of the games. “This league is all about you and for you, so enjoy it as much as possible, and we plan on having great prizes again to close out our competition.”

“Our league numbers have been growing steadily each year since 2006,” said FFAS CEO Tavita Taumua. “It has become one of our most anticipated activities each year, with our office being flooded by calls of when the competition will kickoff.”

He went on to say that it is usually held at the beginning of July, but because of the U-16 Men’s National team that competed in Tonga last month, the league was pushed to later in the summer.

A few  other members of the executive committee were on hand during the opening day — Vice-President and FIFA Council member Sandra Fruean, treasurer Amio Mavaega-Luvu and Silasila Samuelu, who opened the competition with a prayer before Faiivae made his comments.

As was done last year, school supplies such as backpacks, notebooks, pencils, etc., will be provided to all the non-competitive age group players already registered (4-6, 7-9 & 10-12), while the 13-15 teams will receive monetary prizes.