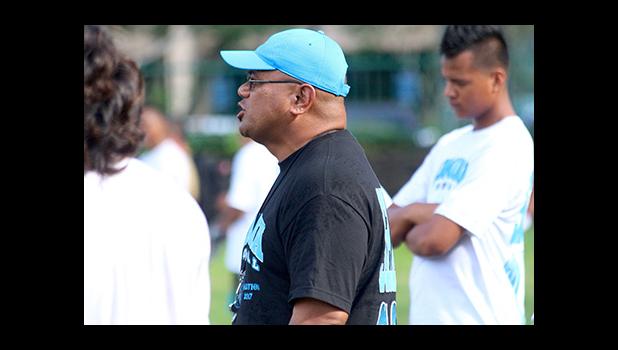 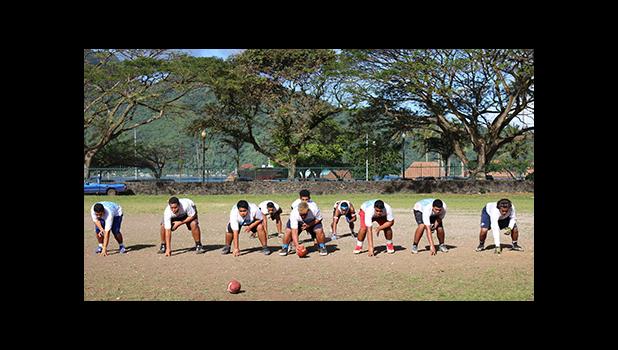 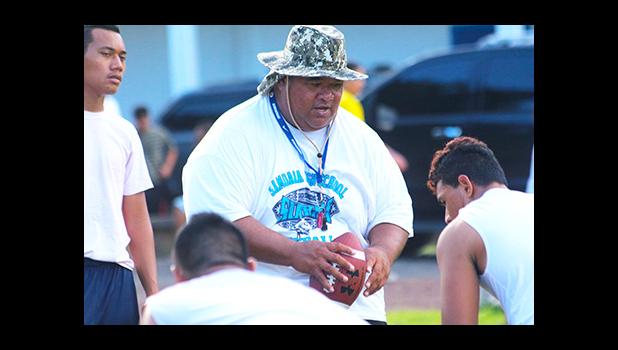 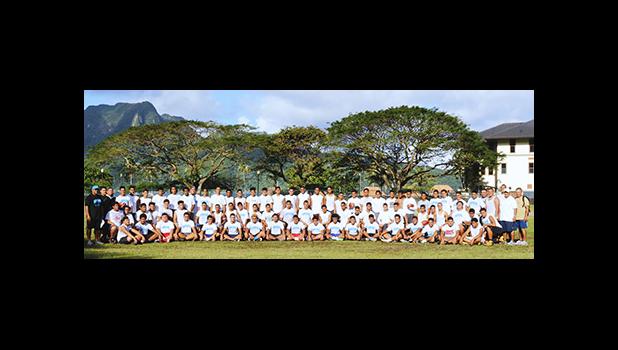 “Shark Up and Go Blue”
By
Tony Gasu

The "Home of the Sharks" Samoana High School will be making their first appearance in this year’s American Samoa High School Athletic Association (ASHSAA) Football season this Saturday, as they face off against the Tafuna Warriors in both Varsity and Junior Varsity Division.

Last year, the Sharks came up short after losing to the Vikings in the semi's — this year Samoana is looking better than ever, and they are not to be taken lightly.

Samoana Sharks Football Program's Head Coach, Pati Pati told Samoa News, "Our team has been practicing for the past two months with the focus being on discipline, unity, toughness, and perseverance.”

Pati said, “Our theme for this year’s football season is to 'Restore Tradition' – bring back the fear to the Blue Shark Football. We have taken on the mentality… Shark Up.”

The head coach pointed to their biggest change for ‘Shark Up’ — in this year’s preps for the season, compared to last year “we have really emphasized and stressed our weight-lifting program, conditioning program and more.”

Representing the Home of the Sharks on the field this year will be 50 players in the varsity division, and 29 players in their Junior Varsity (JV) program — for an overall Shark Attack comprising 79 student athletes.

Head Coach Pati told Samoa News, "Our goal is to win and bring the championship back to Samoana” this season.

Samoa News noticed during last season that the Sharks offensive unit spent most of the first and second round of competition, trying to get a feel for who their best selection would be at the quarterback position — and by the semi's, the Sharks had already selected their third quarterback of the season — Cornelius Aiava, the Junior out of Pago Pago, who will be returning as a Senior this year and as the Sharks’ team captain.

This year, the Sharks are settled, scheduled and ready for the 2016-17 ASHSAA Football Season and are rumored to be one of the championship title contenders.

With the majority of their team being seniors, who all started at the AYFS level, Samoana's football program is not one to be messed with this year.

There is no doubt that Samoana's defensive unit will be one of the most respected in the league this year, as they will be again under the supervision and management of Defensive Coordinator Maselino Tautu. The majority of their defensive stars come back this year, so who knows what lies ahead for the Sharks this season.

Judged from their performance throughout the Summer this year with their friendly scrimmages and ASHSAA's 2nd Annual Football Jamboree, Samoana's offensive core will be coming out with a solid running game, an experienced returning backfield, along with the addition of returning running back from off-island Moe Faleali'i, who played high school football off island for his first three years, and now he's back for his final year in the high school level to help his brothers in Samoana.

And, “I want to thank God and give Him the praise and glory for His blessings,” said Pati.

Also, “We want to thank our parents and Sharks Booster Club for their support and love… Principal Batta Siatu'u and Samoana High School.

“Special thanks to Rev. Iasepi Ulu and the Fagatogo CCCAS Church for the beautiful service they did for us — we especially want to send a special thanks to our wives for their support, understanding, and love,” he said.

Pati then called out “all the Samoana High School alumnus out there, families, and the Fagaloa area, and to the Blue Country to come out this Saturday to support your Boys in Blue — 'Shark Up' and Go Blue”.