How far can Samoa go with Sir Gordon Tietjens at the helm? 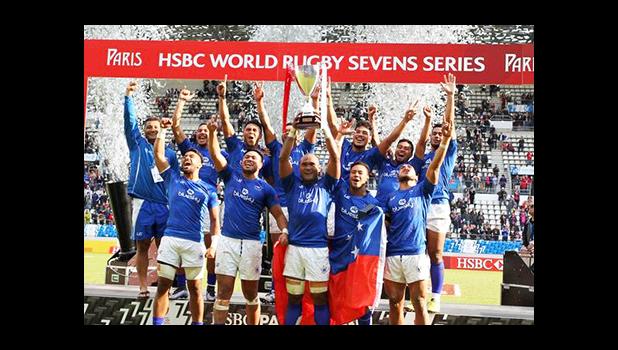 "They were a nation or a country that could certainly do with some real support," said Tietjens. "After 22 years of accumulating all that experience that I have, I sort of sat back, and when Samoa talked to me about the possibility of coaching their team I took it very seriously."

Samoa currently sits tenth in the world rankings, but Tietjens is aiming to bring them back into the upper echelon.

"I saw it as a real opportunity to help some of the youth over in the islands and perhaps get them back into a position they once were, and that's up in the top four in sevens rugby."

"It's about getting them up and producing consistently in year one, in year two it's about the Commonwealth Games."

An appearance at the 2020 Tokyo Olympics is also on Tietjens' radar, after the Samoan team failed to qualify for the 2016 Rio Olympics under Fuimaono Dickie Taufua.

Tietjens speaks highly of Samoa's talent, and will be hoping to emulate the homegrown success of the gold medal winning Fijian team.

"They are very, very talented; they understand the game of sevens no different to Fijians," said Tietjens. "I think what advantage Fiji has is they have just thousands of players, they don't have that volume of players that play sevens in Samoa but they have some very talented players that do live here on the island and we will provide them with that opportunity."

Although Samoa may not have state-of-the-art resources at their disposal, Tietjens backs his side's work ethic above all else.

"It's not everything about resources, if there's one country that's really resilient and they lack the resources it is someone like Samoa.

"What I've seen in the last couple of days, they're providing a massive effort into training. Yes, they mightn't have brilliant facilities, but I've always said you can't coach ticker and these kids just want to learn, they want to do well and of course it'll come."

"A lot of that expectation has eased now, there's a real challenge, I'm excited by it, and that's helping a country that doesn't have the resources be a better sevens playing nation."