Fiji leads the field on day of upsets in Singapore 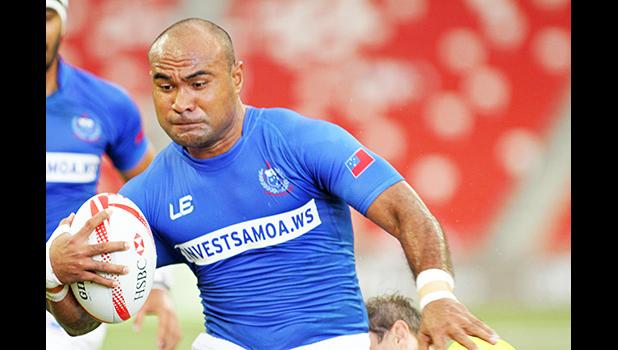 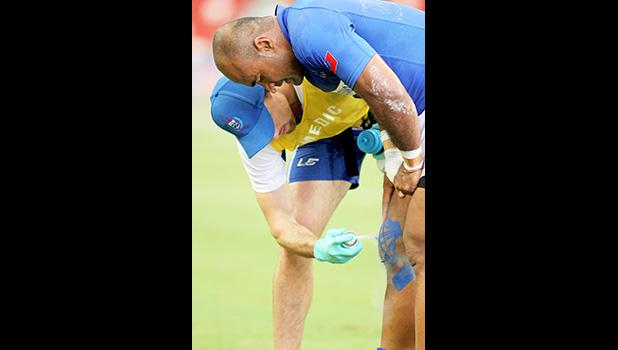 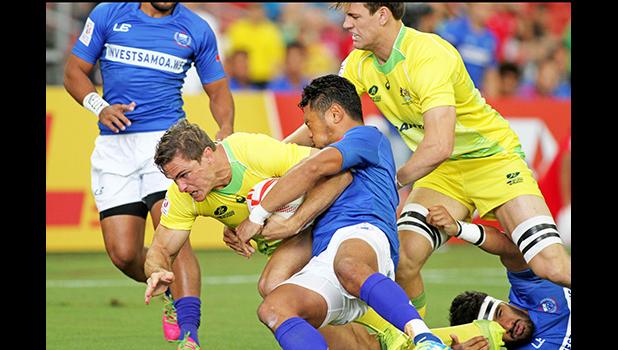 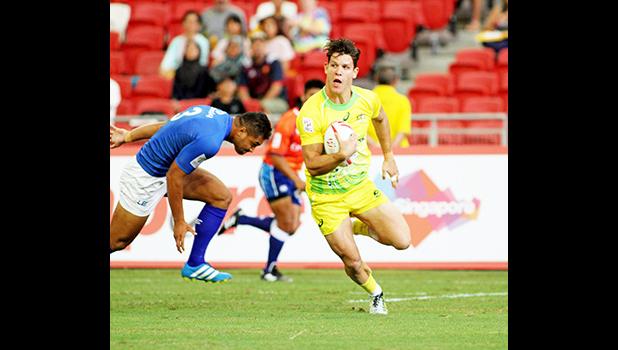 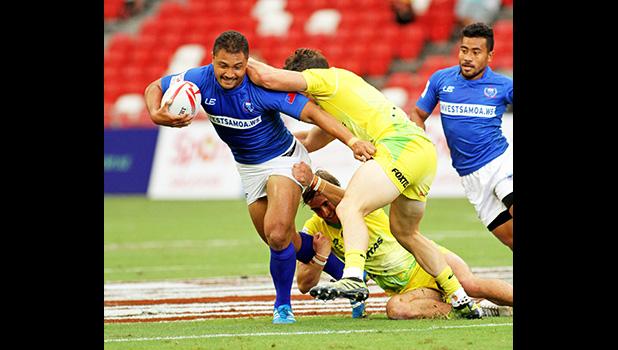 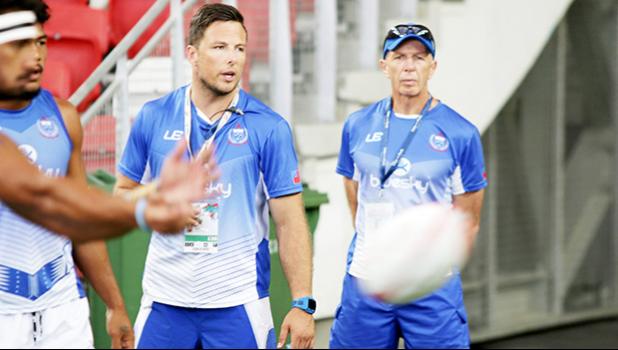 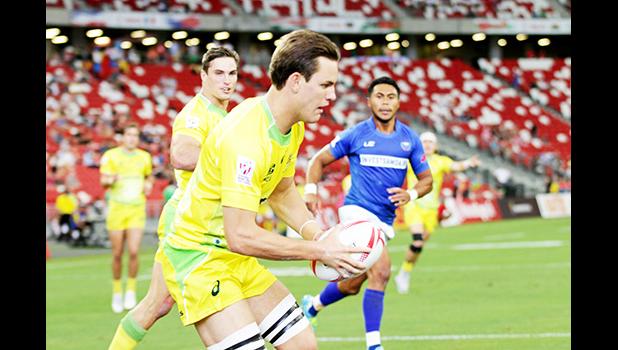 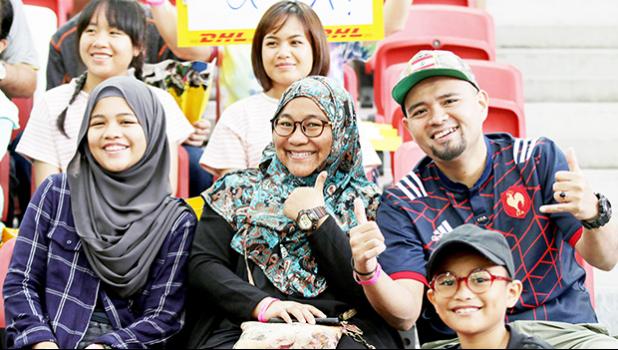 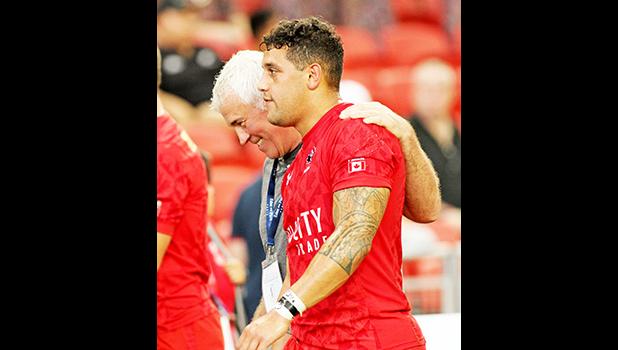 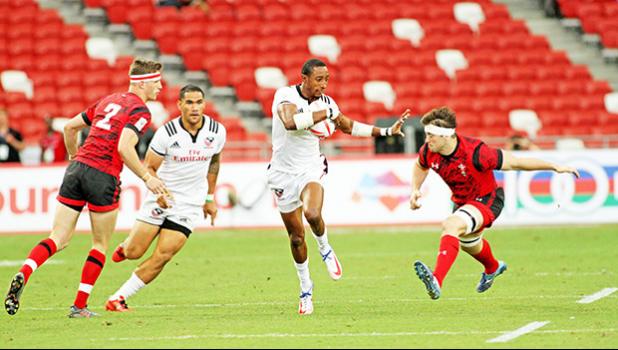 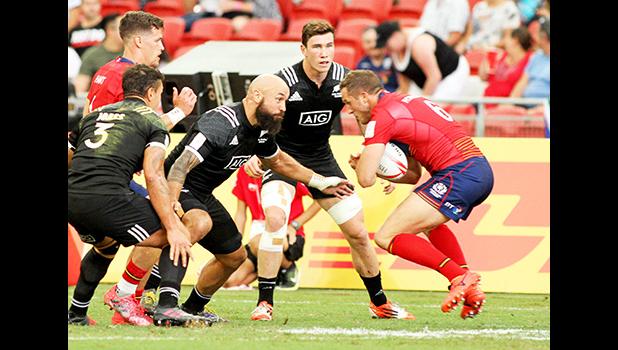 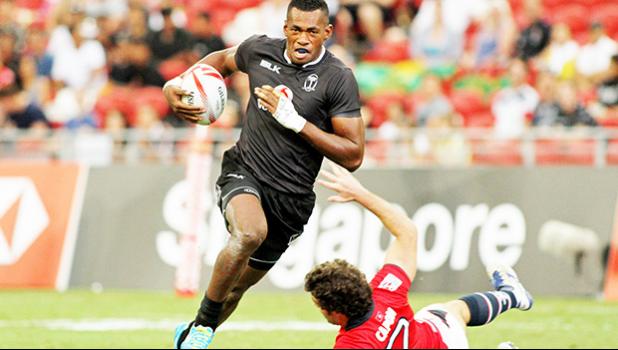 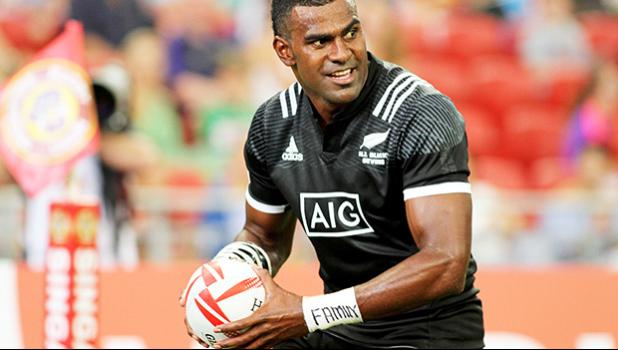 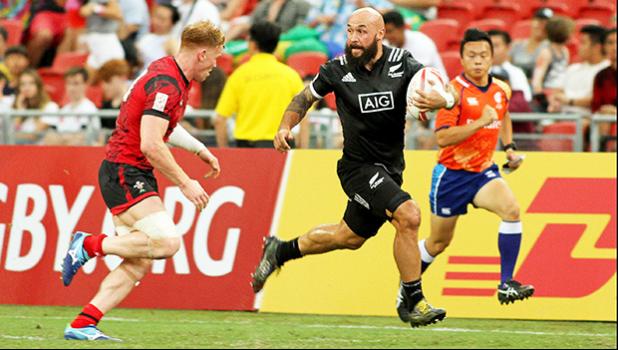 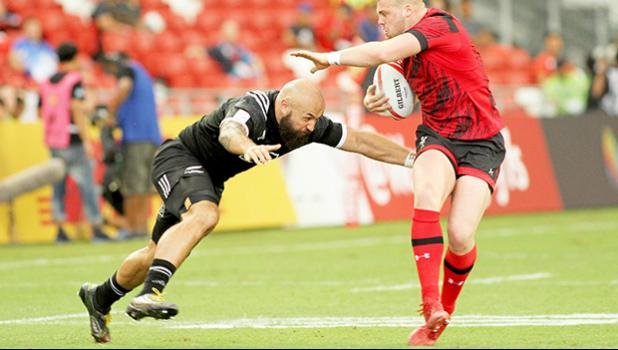 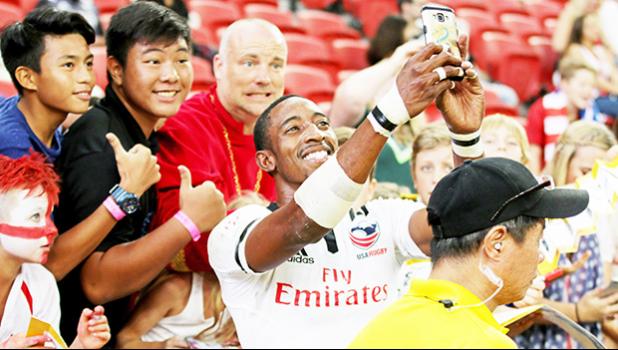 Fiji, Australia and New Zealand all unbeaten on day of twists and turns in Singapore
By
World Rugby staff

On a day of twists and turns in the National Stadium, England went through as one of the Cup quarter-finalists and will face Kenya, while Fiji takes on USA, Australia plays South Africa and New Zealand battles Canada. Three teams went unbeaten as Fiji, Australia and New Zealand took three wins from three, while Japan claimed yet another scalp on the world stage as Damian Karauna's side beat France.

Australia, who impressed last week in Hong Kong, maintained a perfect record but in the process lost key players in Ed Jenkins, James Stannard and captain Tom Lucas. Meanwhile last year's HSBC Singapore Sevens champions Kenya remain in contention as they won twice on Saturday against Argentina and Samoa to ensure a place in the last eight.

Following their impressive victory at the Hong Kong Sevens the previous week, Olympic champions Fiji continued their winning streak at the pool stages in Singapore on Saturday. First up were invitational side Hong Kong who were re-introduced to the world series with a 52-0 defeat, before the Fijians put Russia away, 38-7.

Canada also teed-up a top of the table pool clash with the Fijians as they overcame Russia, 28-15, before putting Hong Kong to the sword, 34-0.

While Canada took the game to Fiji in the opening minutes, and were unfortunate not to score early on, a hat-trick from Waisea Nacuqu along with scores from Sevuloni Mocenagaci and Mesulame Kunavula saw the Fijians top the pool with a 35-7 win. Elsewhere, Hong Kong got their first win as they beat Russia, 26-19.

France hadn’t beaten England since Las Vegas in 2016, and they started their day by amending that with a 24-14 victory in Singapore. Despite Ollie Lyndsey-Hague’s opening score, two tries by Jean Pascal Barraque led France to a win against Simon Amor's outfit, who currently sit third in the standings.

Kenya returned to the National Stadium in Singapore as tournament champions and hoped to put their poor series form behind them. Things seemed to go to plan as they opened the proceedings on day one with two tries from Frank Wanyama helping them to a 22-5 win over Argentina.

Samoa, who seem to be growing at each tournament under legendary coach Gordon Tietjens, took the fight to Australia in the second game of the day, but for the second time in as many weeks, the Samoans came up short as two tries from Simon Kennewell saw the Australians grind out a 19-12 win.

New Zealand’s Joe Webber made his return to the All Black Sevens for the first time since Sydney in 2016 when he came on against Scotland. The All Black Sevens took an early lead with tries from Regan Ware, Joe Ravouvou and Trael Joass but Scotland fought their way back in with tries from Mark Robertson, Scott Wight and Joseva Nayacavou. Scotland will rue some mistakes over the 14 minutes as the men in black took the win, 22-21.

It was Webber who signed off on a top team try later in the day when he touched down for New Zealand in their win over Wales, 36-14.

The World Rugby Sevens Player of the Year will be announced at the end of the year and already it’s fair to say that Perry Baker could arguably be involved. The number 11, who scored nine tries in Hong Kong last week, got his day started with two magnificent tries against Wales as the Americans walked away with a 35-19 win. He then started the second game as he finished the first, scoring another scorcher against Scotland from deep in his own half as they won again 33-26 in a close, physical encounter. Scotland finished bottom of the group after they lost to Wales, 19-21.