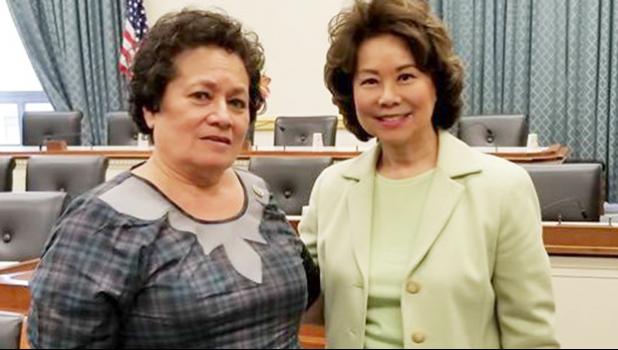 “The Fitiuta Airport is essential to travel between Manu’a and Tutuila, and an important asset to American Samoa,” said Aumua Amata. “The FAA is recognizing the need to maintain our runway there for our long-term use, and this is good news from the FAA.”

“We must continue working to ensure Manu’a and all of American Samoa is considered as part of funding decisions,” Congresswoman Amata continued. “Grants like this one provide the federal support American Samoa depends on so projects we need can go forward.”

Specifically, the grant via the Federal Aviation Administration (FAA), which is part of the U.S. Department of Transportation, provides the federal resources necessary for the Fitiuta Airport to conduct a Territorial system plan study, which will evaluate the existing pavement condition and then develop a pavement management plan for the American Samoa airport system, encompassing repairs, upgrades and replacement considerations. Fitiuta Airport is a general aviation airport, designated as basic, as defined in the FAA's National Plan of Integrated Airport Systems (NPIAS) report.

“We appreciate this federal support for American Samoa from both the FAA and DOT, Transportation Secretary Elaine Chao and FAA Acting Administrator Dan Elwell,” Amata concluded. “Thank you to Taimalelagi Dr. Claire Tuia Poumele, Port Director in American Samoa, and any other American Samoa Government personnel involved in this grant, along with those working at the airport so that flights are available to us all.”