Hurricane Hector down to a Category 3; Tropical storm warning in effect 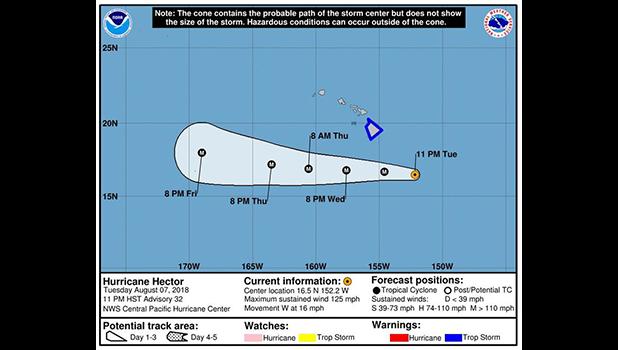 HONOLULU (HawaiiNewsNow) — A tropical storm warning has been issued for the Big Island as Hurricane Hector continues its march westward as a strong Category 3 storm, bringing the threat of monster surf and strong winds starting late Tuesday and into Wednesday.

"Far northern fringes of the hurricane will brush the Big Island Wednesday," forecasters said in an update.