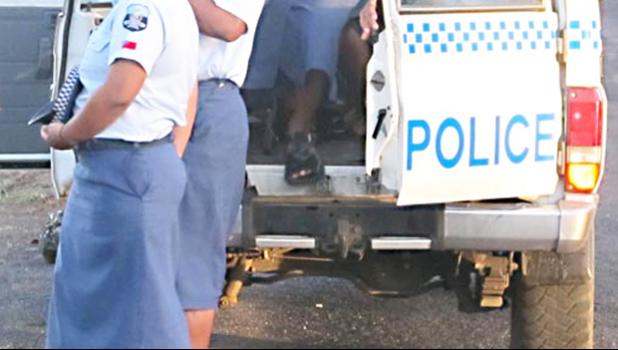 Apia, SAMOA — Testimony from Frysna Rimoni, the victim in the attempted murder trial who was allegedly shot in the face by Peter Tulaga, spanned approximately four hours last Wednesday, taking up most of the time on day two of Tulaga's trial in the Supreme Court.

Rimoni provided her evidence long distance from New Zealand via video link in the absence of the media and members of the public who were ordered to leave the courtroom for that part of the trial.

Journalists representing eight different media organizations and members of the public exited the courtroom when the order was made.

Only prosecutors and members of the victim's family were allowed to remain inside the courtroom for Rimoni's testimony.

Rimoni's testimony began close to 1 p.m. after a lengthy delay which lasted more than two hours due to technical difficulties experienced in setting up the video link between Samoa and New Zealand.

Court was adjourned a little after 5 p.m. after Rimoni was cross examined and then re-examined.

Three witnesses testified on Wednesday – Rimoni, the defendant's sister Melania Tulaga and Dr. Petueli Emose, the surgeon who was on call at Tupua Tamasese Meaole Hospital when Rimoni was brought in with serious injuries on her face 15 January, 2019.

Dr. Emose as been a general surgeon for 10 years and a  doctor for 15 years.

When Rimoni was brought into the Emergency Room, she had facial injuries, was conscious but was unable to speak. Blood was pouring out of her face, he said.

The priority was to make sure she was breathing and to minimize the loss of blood. A tube was placed into the victim's trachea to help with breathing and then the doctor assessed and operated on her facial injuries to stop the bleeding.

"This was a life-threatening injury," the doctor said.

The hearing continues Thursday with testimony from doctors in New Zealand  who also treated Rimoni for her injuries. The doctors will give evidence via video link.

Presiding over the trial is Justice Tafaoimalo and a panel of assessors comprised of two women and three men.

Prosecution plans to call more than 30 witnesses. As of Wednesday afternoon, 13 have testified.