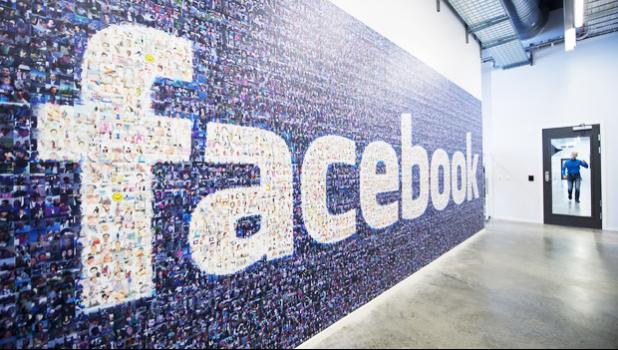 Apia, SAMOA — Clearly frustrated by his inability to control relentless attacks against him on Facebook, Samoa's Prime Minister Tuilaepa Sailele Malielegaoi last week said he had had enough.

In an interview with TV1Samoa, Tuilaepa announced he had instructed the Attorney General's office to begin the extradition process for blogger Malele Paulo, also known as King Faipopo, who lives in Australia.

In a Facebook live video, which has since been viewed 110,000 times, Mr Paulo issued a response: "Come and get me."

The incident was just the latest in a tense and protracted scrap between Pacific Island leaders and the social media giant, which is home to online discourse they see as threatening to their power.

In March, Tuilaepa threatened to shut down the platform altogether. Papua New Guinea communication minister Sam Basil made the same pledge in May.

Both leaders later reneged after widespread public outcry, but the point was clear - what happens on Facebook is a growing concern for governments across the Pacific.

In Nauru - a country widely viewed as verging on authoritarianism - a three-year ban on Facebook which promised to crackdown on criminals and sexual perverts operating on the platform was only lifted in January.

"That indicates that [government critics] have been chipping away to such a large extent that it is annoying the state," said Jope Tarai, a social media researcher at the University of the South Pacific in Suva.

But more democratic governments are reluctant to step in because social media bans are criticised as threats to democracy, while Facebook itself does not allow local regulation of its platform.

"The states themselves are really even finding it difficult to address these issues - they don't fully understand the fine line between the balance of what they can regulate and what really falls into having excessive regulations," said Mr Tarai.

"I think Facebook needs to step up and put greater effort into monitoring these things."

Facebook is growing in both users and regional relevance in the Pacific - in the first quarter of this year, there were 529 million active daily users in the Asia-Pacific region, up from 499 million year-on-year.

Analysts and human rights groups in the region are also pointing to a rise in online abuse, as Pacific communities grapple with translating their culture to the digital meeting house.

Take the case of Samoan author Lani Wendt-Young, who is an outspoken advocate of LGBTQI rights and critic of child sexual abuse - both contentious issues in conservative Samoa.

Ms Wendt-Young said she has faced a torrent of abuse numbering in the hundreds of pages since she was targeted by an anonymous Samoan blog with a sizeable Facebook presence (the same blog also frequently targets Tuilaepa and his family).

Facebook last month said it was investigating comments made towards Ms Wendt-Young on its platform.

But the case has also highlighted a uniquely Pacific problem for the social media giant - Ms Wendt-Young said much of the abuse targeting her is in Samoan.

After several unsuccessful attempts at reporting the comments to Facebook, Ms Wendt-Young said the company only relented when she provided English translations for the abuse in Samoan.

Even if posts are written in English with an apparent Samoan translation below - a common sight in online Pacific communities - it's often not what it seems, she said.

"The abusers are actually quite crafty. They will write really, really extra disgusting things in Samoan because they know that obviously people at Facebook aren't really good at translating.

"So, that's I think a reason why they are getting away with some of the things they do."

Facebook would not disclose the number of staff per language or dialect but a spokesperson said it had the capacity to review content in over 50 languages, including Samoan.

Mr Tarai, the Fijian researcher, said online abuse in Pacific Island languages usually happens in large Facebook groups, where the line between banter and attacks is hard to define even for fluent speakers.

The issues highlighted by Ms Wendt-Young are consistent with countries like Myanmar and Sri Lanka, where Facebook content has fuelled ethnic violence, and the company has been accused of acting too slowly to remove hate speech and lacking native speakers who can review content.

In a damning UN-mandated report on human rights abuses in Myanmar released last week, investigators said Facebook was "a useful instrument for those seeking to spread hate".

While there is no evidence of links between Facebook and violence in the Pacific, Ms Wendt-Young's case has alarmed media freedom groups in the region.

Last week the Pacific Islands News Association's President Kora Nou issued a statement saying he was concerned that she was targeted as a journalist.