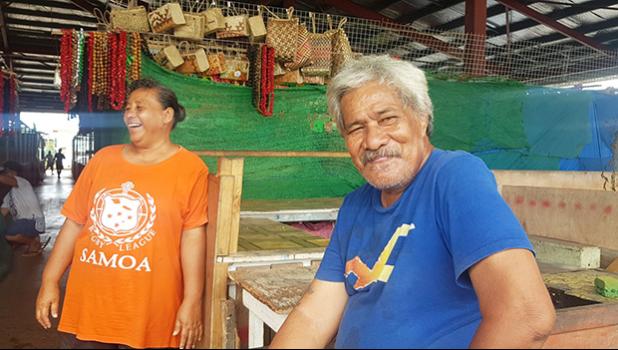 Apia, SAMOA — As the Samoa government’s $66.3 million tala stimulus package was being debated and mostly praised in Parliament by various MPs, a handicraft stall owner at the Savalalo market in central Apia was counting the $5 tala he managed to earn in sales for the day.

“But now, it’s dead here at Savalalo, no one is buying,” he says.

Since the necessary lockdowns and border restrictions imposed to stop the coronavirus from entering Samoa, Mareko’s gross earnings have dropped by more than 97% – to an average of $20 tala per week says the father of five.

“For two days last week, my children and I went home with nothing! no sale for the entire day,” said Mareko.

Reminded that his small business would benefit from the Samoa Land Corporation offer of 2 months free rent for all tenants of Savalalo market, Mareko says 2 months is not enough and asked if that was backdated to March.

“Does that include March? Because it started to get very slow from the beginning of March. So if that starts in April, then the question is, how do I pay for March?”.

After 30 years as a ‘block owner’ Mareko is now unable to meet his daily payment of $10 tala per day to the Samoa Land Corporation.