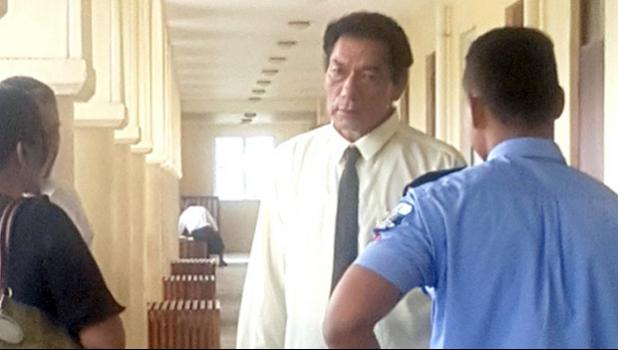 Apia, SAMOA — A man who shot his nephew and threatened to sleep with the nephew’s wife on Father’s Day Sunday, 2018 has been sentenced to three years in prison.

The defendant, Aukuso Sale, 59 was sentenced to serve three years and 10 months in prison when he appeared before Supreme Court Justice Leiataualesa Daryl M. Clarke on Wednesday afternoon.

In the shooting, Sale used a shotgun and fired it four times, injuring the victim with the fourth shot. It occurred around 3 p.m. last year on 4 August, 2018 in Lotopa.

The defendant’s nephew and his nine-year-old son went to take Sale to lunch on Father’s Day.

The two men had drinks together and after a period of time, the men argued about family matters and it resulted in a fist fight.

After the scuffle, Sale armed himself with a shotgun and fired it out of anger.

“You continuously called out to the victim that you would shoot him and sleep with his wife as you followed him,” Judge Leiataualesa said.

The victim armed himself with a rock and Sale shot the victim who suffered lacerations on his arm left arm and the left side of his body.

The victim collapsed and lost consciousness after he was injured then Sale struck him in the head twice with the handle of the shotgun. The nine-year-old cried out to the defendant to stop beating his father.

Sale is a first time offender, a carpenter by trade and father of four children. His wife and children reside in New Zealand but Sale returned to Samoa in 2016.