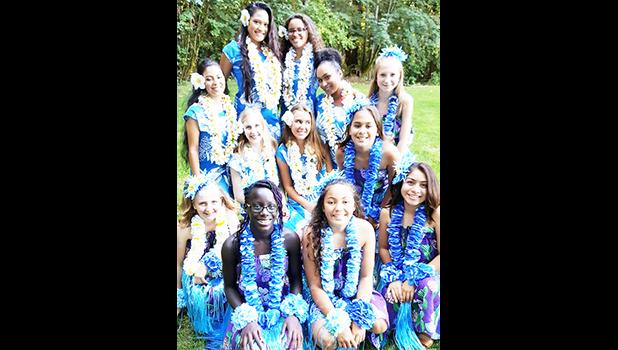 Paradise of Samoa, a Polynesian dance and culture nonprofit group based in Salem, began in 2006 with a question: Why didn’t something like it already exist?

“We were looking for a Polynesian group for our own children, and then we couldn’t find one,” said Tasi Keener, a co-founder. “So we created our own group.”

Paradise of Samoa is a group of nearly 40 community members of all backgrounds that meets regularly to learn and practice Polynesian traditions. Since 2007, they have spent the summers hosting luaus in towns around Oregon. Saturday, Sept. 2, will mark their 10th annual end-of-summer luau at Keizer Rapids Park, following a 38-performance season.

The event will feature food, including kalua pork and teriyaki chicken, as well as dances from Samoan, New Zealand, Hawaiian and Tahitian cultures. An Island Princess will be honored afterward, just prior to a fire show, which includes fire torches, fire skirts and fire “battles.”

“So there’s a lot of fire,” Keener laughed. “It’s completely another show altogether.”

Entry to the luau is $20 for adults and $15 for ages 6-12 and seniors. There will be raffle tickets sold for various prizes, including a ukulele. This year, proceeds will be pooled and saved for fall 2018, when the group will begin funding scholarships for dancers in high school to purchase school supplies.

People of any age or background can join Paradise of Samoa. It’s best to apply before January of any year, and information can be found online at paradiseofsamoa.com.

Keener said her goal with the group is to be a reminder that there are similarities among all people and the differences aren’t bad.

“I watch TV sometimes, and you know there’s a lot of hatred out there, and there’s a lot of racist people in this world,” she said. “So to me, if I can make a difference in two or three kids, to open their eyes and see the beauty of every single person who is different from you and learn from our differences, I think I’m happy.”