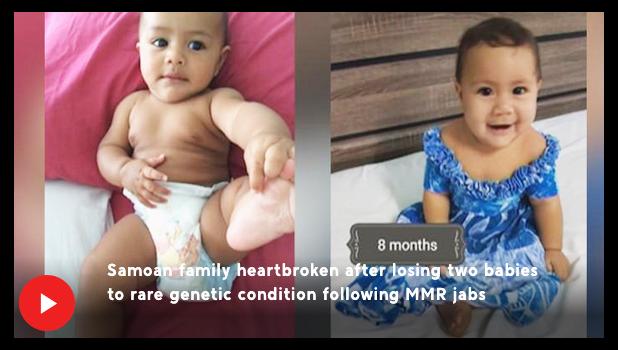 Apia, SAMOA — Two senior nurses in Samoa have been sentenced to five years in prison for incorrectly administering the MMR vaccine which resulted in two infants dying.

Lannacalastah Samuelu and Lameko Sui both died on the same day in July last year shortly after receiving the vaccination for measles, mumps and rubella at Savaii’s Safotu hospital.

He also found that shortly after that nurse Leemo Te’o administered the same vaccine, with the same mix, to a second infant without taking into consideration a baby had just died after receiving it.

After the second victim died nurse Luse Tauvale went to the rubbish to check the vaccine bottle and when finding it was Attracurium, she put it in a plastic bag and took it home.

She was sentenced to five years and six months prison for manslaughter and attempting to obstruct and defeat the cause of justice.

Leutogi Te’o was sentenced to five years for the one charge of manslaughter.