McDonald's in Samoa to stay 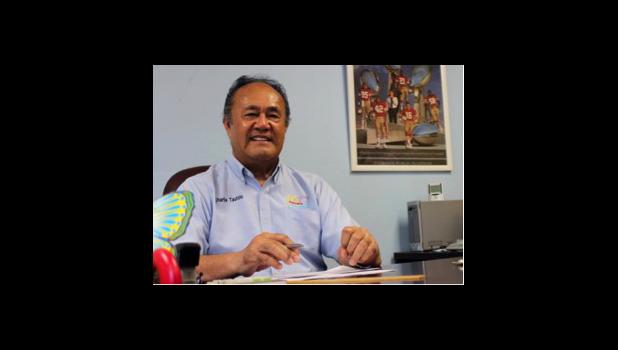 The McDonald’s Samoa in central downtown Apia is up for an expensive facelift.

And it’s the beginning of better things to come for the country as the franchise embarks on a multi-million tala investment in Samoa that will see Ronald and his people expanding to Vaitele, the Faleolo International Airport and eventually the big island of Savaii in Saleleloga.

And the expansion plan says owner and Chief Executive of McDonald's Samoa, Tautolo Agaoleatu Charlie Tautolo, will see the company pouring in $US3.5 million ($7.4 million tala) on the expansion.

For the Apia location, the facelift will take seven months but the restaurant will continue to open for business to maintain employment for the current staff of over 70 employees.

The Apia location expansion will increase seating capacity to 121 customers and a McCafe inside the restaurant will be added, complemented by a new system for ordering meals known as “Make-for-you” orders. The “Make-for-you” will see meals cooked upon order, allowing customers to receive hot and fresh food every time.

The expansion will start in early September.

“Vaitele is booming with new residents and they deserve the taste of McDonald’s,” noted Tautolo. “Vaitele is like Tafuna in American Samoa and as a family restaurant, every family deserves nothing but the best.

“And McDonald’s Samoa will serve nothing but the best.

“Of course there is no question that new jobs will also be available, which is good for the community and a huge investment in the economy.”

Also in the company’s strategic plan is a 24-7 restaurant at the Faleolo International Airport to be located where the Polynesian Airlines Cargo warehouse was.

“With the help from the Samoa Airport Authority and the Samoa Government, we were able to secure a location just outside the Airport Terminal, as planned, it will be a free-standing restaurant opened 24 hours a day,” elaborated Tautolo. “With the new airport terminals soon to be completed, we feel that strategically the Faleolo location will be ideal and reaffirms our commitment to assist with Samoa’s tourism profile.”

And of course the big island of Savai’i.

“The planned Salelologa restaurant is in line with the government’s platform that what’s good for Upolu is also good enough for Savai’i,” noted Tautolo who served as a Member of the House Representative in American Samoa’s Legislature for 22 years, including two terms as Vice Speaker of the House.

It’s also a long overdue personal commitment for Tautolo to recognize his roots in the big island.

One of the main community outreach assistance endorsed by Tautolo and McDonald’s American Samoa in the US territory is education.

Every year, McDonald’s finances scholarships worth $US55,0000 equivalent to close to $140,000 tala a year for students attending the American Samoa Community College and other US colleges and universities.

But unlike the American Samoa Government scholarship program where students who are US nationals born in American Samoa and US citizens are eligible for the government awards, the McDonald’s Scholarship initiative is based on merits.

“Our scholarship incentive is also open to students who have attained permanent residence in the territory and the majority are from here in Samoa,” said Tautolo.

“We are committed to improving education opportunities for all regardless of nationality and as I stated before I remain firm on my resolve that regardless of our political circumstances the two Samoas are one.”

The success rate of McDonalds Scholarship incentive is 98% with students graduating from Chaminade , Washington State, University of Hawaii and any university in the mainland accepting students from the territory.

Tautolo noted that the scholarship recipient’s success “is the only reward that the McDonald’s family restaurant asks for.”

For Samoa, Tautolo says that an identical scholarship program is also in the strategic plan for academically gifted Samoan students, especially students from low-income families.

Tautolo successfully opened the first McDonalds restaurant for American Samoa in September 2000. He now operates the two restaurants in Tafuna and Fagatogo with over 180 employees on the payroll.

While in Samoa, new employment opportunities will be available with from the three new locations on the planning board.

The expansion plan was revealed during the official presentation of $100,000 tala for the naming rights for the McDonalds’ Miss Samoa Pageant 2017 earlier this month in Apia.