Feds plan catastrophe response for Pacific including Hawaii and other U.S. interests 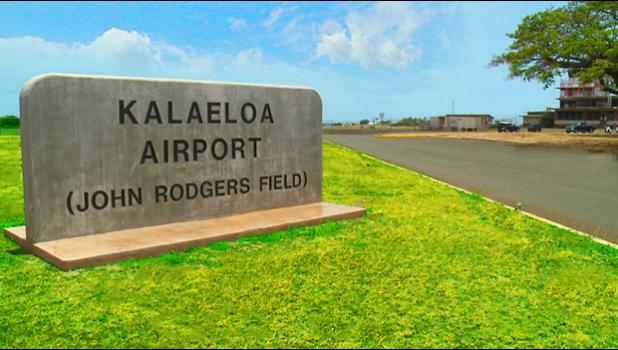 Honolulu, HAWAII — The state is leasing a 105,000-square-foot World War II hangar at Kalaeloa Airport on Oahu to the federal government for emergency response to catastrophic natural or man-made disasters in the Pacific, with a focus on serving remote locations, including Hawaii and other U.S. interests in the region.

The agreed-upon lease, which has not yet officially commenced, is through the U.S. Department of Health and Human Services and its Office of the Assistant Secretary for Preparedness and Response and the National Institutes of Health, officials said.

The frequency of hurricanes and even the 2018 eruption of Kilauea Volcano threaten medical infrastructure across the region, the federal government said.

Hawaii has a disaster medical assistance team for contingencies in the Pacific, and the Kalaeloa plan is seen as providing a forward- staging area for medical equipment and a stop-off for disaster patients who might be treated in Hawaii or as they make their way to the mainland, according to a description of the effort.

Emergency supplies have been stockpiled in Hawaii and Guam for years. An official said the lease of the huge hangar is an extension of those already existing efforts.

Kalaeloa Airport and its infrastructure were “deemed a critical location to support public health and medical emergency operations due to its location, isolation, security and airfield capability,” the notice, signed by DOT Director Jade Butay, said.

The use of Hangar 110 “would provide direct access to general aviation operations to conduct federal public health and medical aeromedical operations,” according to the document. Kalaeloa Airport is capable of landing Air Force C-17 cargo planes and equivalent commercial aircraft.

The big hangar is still undergoing repairs. Once done, the preparedness and response office will use it for training and temporary storage of critical medical equipment. A small cadre will be on-site full and part time to ensure resources moved there are ready for use.