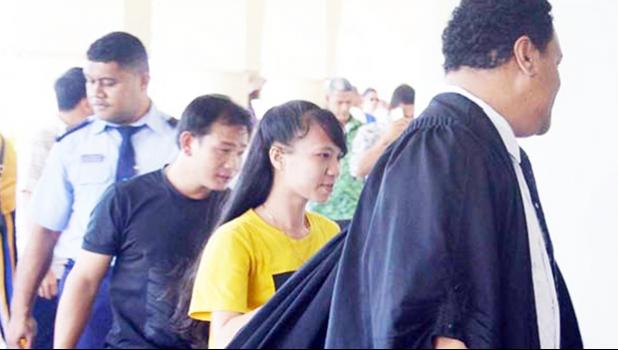 Apia, SAMOA — The 24 year old Vietnamese woman charged with carrying illegal drugs into the country a few weeks ago, faces a long, expensive wait, before the court is ready to examine charges against her.

Justice Leiataualesa Daryl Clarke, has set next year the 17th of February 2020, for court to hear the charges.

Ms. An Tran Thi, is renting local accommodation for the next 6 months to await court proceedings.

She is required to make regular appearances at the Ministry of Police, to sign in as part of her bail conditions.

All her travel documents are surrendered to the police to be released pending how the court rules.

The defendant rejected earlier this week, 5 illegal drug related charges including possession of narcotics namely heroin and cocaine, bribery and importation of narcotic.

The woman was on transit through Samoa on her to American Samoa where she and her family resides, when apprehended at Faleolo International Airport.

Border officials, with the help of drug sniffing police dogs, found $400,000 worth of illegal drugs in her possession.